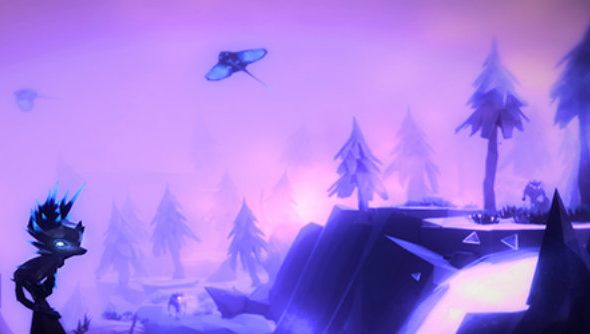 EA have announced EA Originals, a big indie publishing push that began with Unravel. While last year’s EA saw the reveal of that game, which cast players as a sentient bundle of yarn, this time EA are showing off Fe, a 3D platformer about nature.

“Last year when we first saw Unravel and started working with the passionate team at Coldwood in Sweden, we saw a game that we knew deserved the world’s attention. It deserved to be played,” explain EA in a press release. “But our partnership on Unravel with Coldwood also showed us something more profound, something bigger than just one game. It confirmed something we’d been thinking about for some time, and spurred us into action.

“There are so many amazing games out there today, with highly creative development teams putting their hearts and souls into their projects. There are more stories like Coldwood and Unravel, making games you deserve to play. With EA Originals, we are committed to finding great new games that we know players are going to love, and working with small developers to make sure those games get discovered and into the hands of players.”

EA say EA Originals is about supporting small developers and giving interesting indie titles the platform they need. Each year, the publisher will seek out “a few” projects and partner with these small teams through the development process, helping with development, marketing and publishing.

The first game to come to EA Originals is Fe, developed by a Gothenburg studio called Zoink. Here’s the trailer:

It’s a platformer about our relationship with nature, say EA. It’s a wordless adventure that evokes PlayStation’s Journey in the way its protagonist speaks in a series of high pitched noises to interact with the environment.