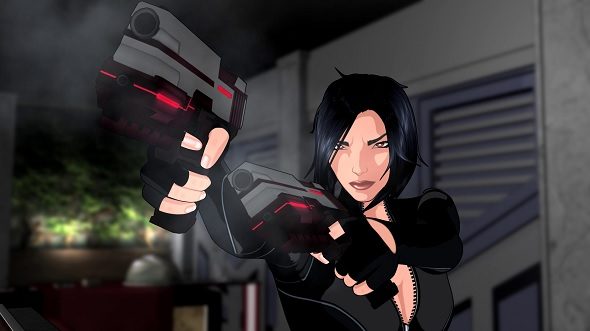 Sedna, goddess of the sea, is the most frequently depicted of the deities in Inuit mythology. One interpretation sees her as a giant, canine-humping goddess with an insatiable hunger – a craving so potent that it caused her to devour her parents’ arms and be cast from the pantheon.

This myth was born from real-life experiences on the frozen wastes, where the scarcity of food sometimes led to families being forced to cannibalise their loved ones. Sedna is a god moulded from the social anxieties that grow from such a horrific situation, the fears that have been passed down as a result.

Fear Effect Sedna is on our big list of indie games to look forward to in 2018. Have a look at what else is on the way.

Fear, as the title suggests, is at the core of Fear Effect, an action-adventure series which began on PlayStation and whose third game, Sedna, is being developed by Sushee. It seems fitting, then, that indie developers Sushee have replaced the pseudo-Chinese mythology of the original games with Inuit mythology in Fear Effect: Sedna, their isometric take on this cult series. 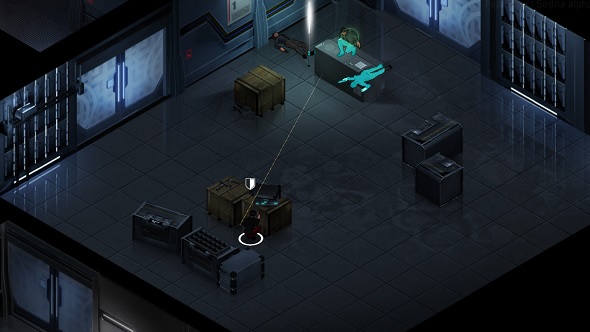 “One risk we took was changing the mythology,” Sushee CEO Benjamin Anseaume tells me. “I think it was a good choice and fans seem to like it. It was a way to say we were working on Fear Effect but it’s not the original. What is Fear Effect? It’s a game with mercenaries, it has strong female protagonists. What do we want to take and what do we want to change? The only point we could change without changing the game was the mythology. It’s a story about a god trying to manipulate humans. It’s respectful but different.”

Similar to Chinese mythology, Inuit mythology is interlaced with violence, making it a good fit for a dark, disturbing Fear Effect story. It also allows for some imaginative creature designs as the game ramps up the peril. Like the older games, Fear Effect: Sedna begins in a world resembling our own, but gets more otherworldly, more twisted as your mission goes on.

“We did a lot of research,” Anseaume says. “I think we designed like 50 enemies and kept maybe 20 in the game. It was about making Inuit mythology with a Fear Effect twist. Even if a creature is cute in Inuit mythology, it cannot be cute in Fear Effect. We had to make it creepy.”

Sushee wanted to retain Fear Effect’s identity while still offering something fresh for both long-term fans and newcomers alike. This drastic change to the core mythology is what allowed them to do that. The game is stuffed with animated cutscenes – around 40 minutes – combat encounters, puzzles, and a deep story. Likewise, the characters are exactly as you remember them, thanks to help from the original game’s writer and access to the script of an unreleased third game in the series (which this spinoff is actually a sequel to). If anything, it is the setting that will surprise.

“As the construct of the first game goes, it’s mercenaries taking on a job for money and it goes down a path that leads to entering a mythological world with demons,” community manager Teej Marshall explains. “There’s a lot of Inuit mythology that is very dark and split between good and evil. There’s a lot about fear and nightmares. There’s a lot to explore and uncover about Inuit mythology and how it’s impacting characters throughout the story. Inuit mythology also hasn’t been explored a lot in pop culture – there are creatures that are mixed with reindeer and bears. It’s all based on research into what we thought was mythology that was unexplored and also really relevant.” 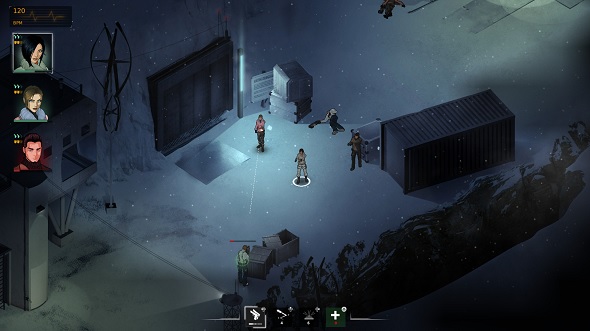 The new isometric camera angle still makes Sedna seem like a wild departure to long-term fans of the series. Modern players will struggle with the original games’ awkward controls today – indeed, they were even criticised at the time – but some people prefer the intimate perspective offered by the first two Fear Effects’ cinematic presentation, a facet this new game sacrifices.

Switching things up was crucial to the game even being accepted when Sushee pitched the project to the Square Enix Collective, however. This is not Fear Effect 3, and that had to be obvious to anyone picking it up – especially as we could well see a full-blown sequel developed one day, if this spin-off and the upcoming Fear Effect remaster – also developed by Sushee – sell well.

As well as allowing for new ways to play – with tactical pausing, character switching, and more – the new perspective achieves that goal of remaining distinct, and the perspective also helps to keep the project manageable for this small French team. As always, game development is about deciding which of your babies to kill – or, in this case, devour.