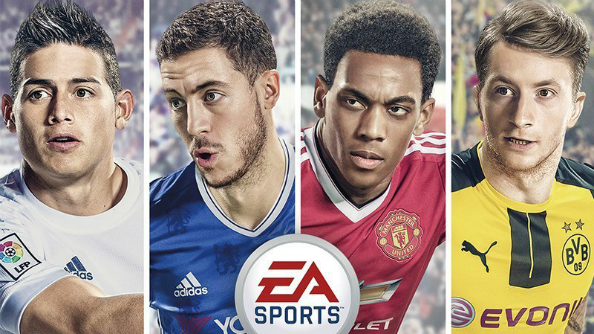 Guess what? There’s going to be another FIFA game. FIFA 17. I know, I know, but sometimes life just isn’t predictable and throws you a curve ball. Or in this case, kicks you one.

Can’t wait to do clever victory chants at your online opponent? Here are some of the best multiplayer games on PC then.

The curve ball in the inevitable return of EA’s perennial moneyspinner-slash-football realism simulator is that this year’s incarnation will be stepping away from the Ignite engine.

The engine has been much-touted at previous years’ E3 keynotes to be “literally the best thing that has ever happened to sports in games” because it makes basketball players’ feet move in sometimes realistic ways (and sometimes bug out in ways that make for excellent glitch blooper reels on YouTube).

But now EA is all aboard the Frostbite train, consolidating all their existing proprietary gaming technologies into one, low-cost, affordable engine to make humans look human.

You can see an array of humans looking quite human while kicking or otherwise handling a ball in the below trailer for FIFA 17, which prominently features Chelsea midfielder and real human Eden Hazard – OR DOES IT? Technology!

As is customary today, this is not the full reveal, that will come in mere days on June 12, during EA’s E3 keynote.