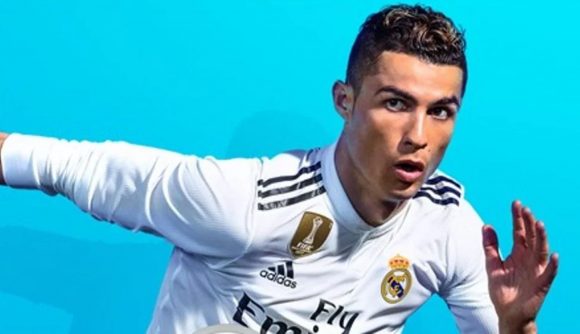 EA is “closely monitoring” allegations of sexual assault against Juventus and Portugal football star Cristiano Ronaldo. The football player is the cover star of EA Sports’ FIFA 19, having also appeared on the front of the series’ previous game.

The allegations against Ronaldo stem from 2009, when the player was still attached to Manchester United. An American woman claims that Ronaldo sexually assaulted her in a Las Vegas hotel in June of that year, and was then paid $375,000 before signing a non-disclosure agreement.

Nine years after the alleged incident, the woman has identified herself. In an article published last week by German newspaper Der Spiegel, Kathryn Mayorga says she reported the incident to Las Vegas police the day after it is alleged to have occured. Since the allegations resurfaced, the police have confirmed that they have re-opened the investigation, and that a rape kit collected from a hospital the day after the assault was reported is still in their possession. Mayorga has spoken at length with Der Speigel regarding the allegations, and has now filed a civil complaint against Ronaldo.

Ronaldo features on the game’s cover, but also within the game itself. His character appears in the game’s story mode – The Journey: Champions – and he is also a highly sought-after player. Ronaldo is the highest-rated player in the game when it comes to base stats, and can also be acquired as a particularly rare “Ones to Watch” card within the game’s Ultimate Team mode.

EA appears to have briefly removed Ronaldo from its official FIFA 19 promotional website, but as of October 7, his image appears there again in the EA Sports drop-down menu for FIFA 19.

We contacted EA for comment on the allegations, and asked whether the allegations would impact Ronaldo’s appearance as a cover star in either FIFA 19 or future titles in the series. In reply, a spokesperson said that “We have seen the concerning report that details allegations against Cristiano Ronaldo. We are closely monitoring the situation, as we expect cover athletes and ambassadors to conduct themselves in a manner that is consistent with EA’s values.”

According to this Resetera thread, Ronaldo’s image was pulled from the EA Sports website earlier this week. However, a recent update to the thread’s original post notes that his image has been returned to the site. While representatives appear for all of the company’s other sports titles, Ronaldo does not appear on EA’s other official FIFA branding.

There is no direct precedent for EA taking action against cover stars threatened with legal action. Tiger Woods remained the face of the studio’s golf series during multiple controversies in the winter of 2009, but NFL stars have been removed from candidate pools – and from the game altogether – following assault allegations and convictions.