The UK, where FIFA and football are overwhelmingly popular, is a particular hotbed for problem gambling: £14.4 billion was spent on gambling last year alone, and 11% of 11-16-year-olds admitted to gambling in the seven days before being asked. (Gambling is illegal for anyone under the age of 18 in the UK.) Problem gamblers, of which there are over 400,000 in the UK, are over eight times more likely to take their own life.

Gambling’s ties to sport are deep, cultural, generational, and not easily unwound. A ‘whistle-to-whistle’ ban was introduced on gambling TV adverts at the start of this football season (August 2019), outlawing such ads in the 15 minutes before the start and after the end of any televised sporting occasion (except horse racing, as the entire industry, somewhat alarmingly, recognised the sport was untenable without gambling money).

Watch a regular league match on telly and you’ll still be confronted with any number of gambling references, ads, and backdoor messages. You can watch Dafabet’s Fulham vs 32Red’s Derby County, for example, and see Wayne Rooney wearing the number 32 – that’s just a coincidence, of course. Perhaps you want to watch a match involving Stoke City, who play at the Bet365 Stadium? Of course, such ties take place in the Sky Bet Championship and are broadcast by the gambling firm’s sister company, Sky Sports. Clubs are therefore obliged to promote the betting firm through their respective channels as well as on the pitch. 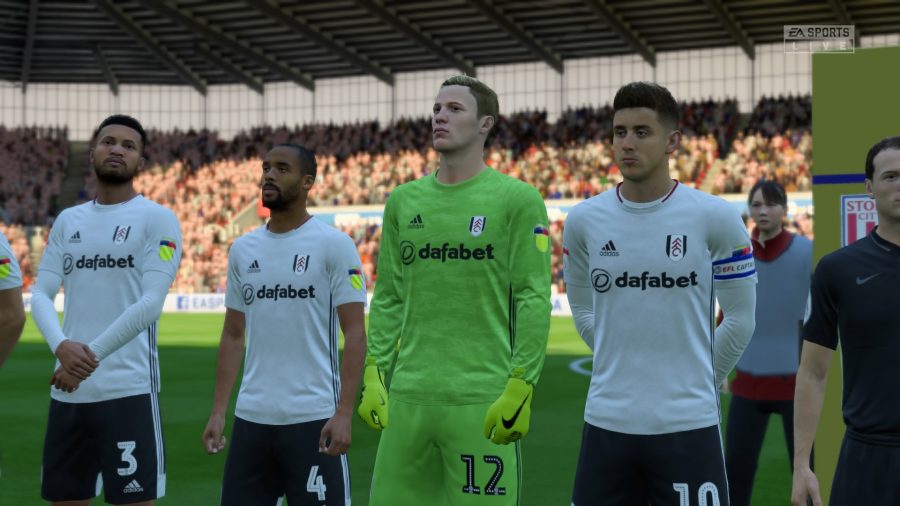 Of the 20 Premier League clubs, ten are sponsored by gambling firms. In the Championship, it’s 17 of 24. The FA, the guardians of football, sold FA Cup streaming rights to Bet365. Almost every single football podcast is sponsored by betting companies, which also set up stalls at matches and pay footballers to eat pies or wear particular pants for publicity. Football is intertwined with gambling, and EA Sports is committed to faithfully recreating real-life football in FIFA. See the problem?

Ultimate Team’s loot boxes are a problem, too, of course: the constant flow of new reward mechanics like SBCs, season objectives, promo cards, and limited-time deals make it hard to pull yourself away. Combine that with the multiple currencies obfuscating the real amount you’ve gambled, packs’ extremely low success chances, and the ease with which anyone can hand over their money – or that of their parents – and FUT becomes a dangerously addictive gateway to gambling for young people. Let’s not forget FIFA 20 is rated 3+ (in the UK; E for Everyone in the US).

But the mode is only one piece of the puzzle. Even if you’ve never touched Ultimate Team, you’re still confronted with gambling reminders left, right, and centre through the various real-life sponsorship deals FIFA merely recreates. If your team doesn’t have a betting firm as a primary sponsor, it’s likely your career mode or kick off opponent of the week will. PES 2020 is not immune to this either, of course, but this is one area where FIFA’s greater ability to replicate real-world football, and its gambling-backed licences, becomes a drawback when compared to Konami’s challenger.

The ubiquity of gambling messages throughout EA’s game facilitates a normalisation of gambling for anyone playing FIFA. Combine it with the rise in betting apps and the ease with which we can now bet, and you have a potent recipe. Waiting for your next match to load? Why not have a flutter – the logo is right there in front of you, so you’ll never forget which apps to download. 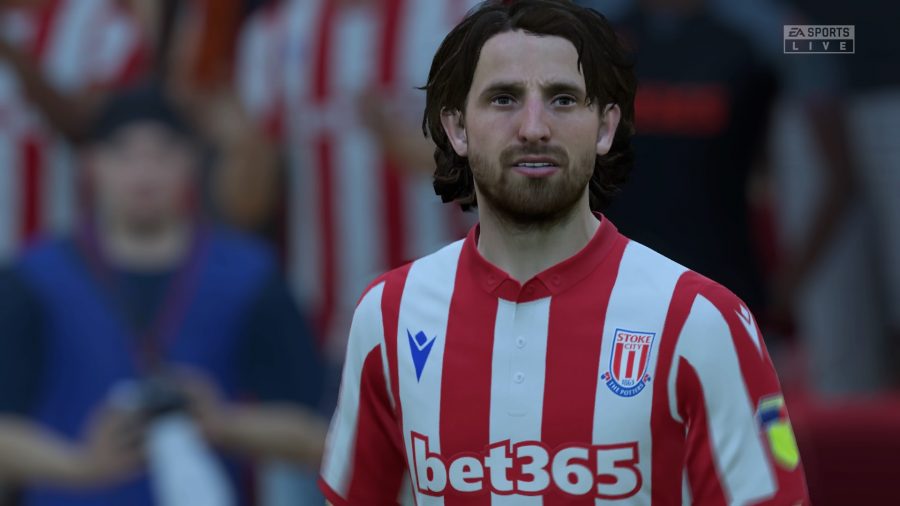 EA does take some steps to shield FIFA players from football’s deal with the devil. The aforementioned Bet365 Stadium, for example, is named the Stoke City Stadium in-game and the Sky Bet EFL is referred to simply as the EFL. However, while clubs with gambling sponsors are not permitted to produce real-life children’s kits with those sponsors involved, FIFA, a game played by children around the world, does not follow suit. So while real-life clubs either forego printing a sponsor logo on kids’ shirts or substitute in that of their charity arm, for example, EA makes those gambling logos ubiquitous within FIFA. This, again, may be a licensing obligation: any betting firm that’s forked out hundreds of millions of pounds to sponsor a Premier League club likely wants the exposure a big game like FIFA will bring – making the game part of the wider problem. EA did not respond to a request for comment.

The Gambling Commission, meanwhile, told PCGamesN: “We understand concerns that gambling advertising and marketing, including advertising and sponsorship of football, could lead to gambling harms for children and other vulnerable people but the evidence is not yet clear. We are working with the Advisory Board for Safer Gambling and Gamble Aware to gather new evidence to explore these issues further.”

A spokesperson continued: “We are also pushing the industry to work together to make better use of advertising technology to minimise the risk of exposure of gambling advertising content to children, young people and vulnerable adults online.” 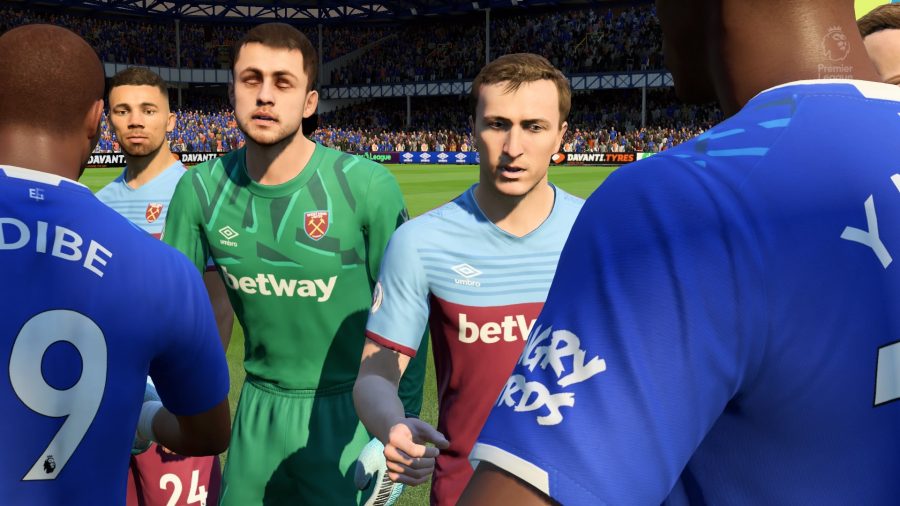 The UK government is aware of the problem: it’s reportedly looking to legislate against gambling companies sponsoring football teams’ shirts. But any such process will be drawn-out and will likely face considerable opposition from the companies who benefit from their increased brand awareness and revenue boost every time there’s a big match involving one of their partners. In the meantime, football and videogame fans will continue to be exposed to ‘bet now’ messaging everywhere they look, normalising a habit which can be hugely damaging.

EA should instead take a proactive approach and extend its scrubbing out of stadium and competition sponsorships to shirts – as well as listening to the valid concerns around Ultimate Team. The small loss of realism will be worth it for those struggling with gambling addiction around the world and for the young people whose hobbies are bound so tightly to such a potentially harmful industry.

Between FUT’s pack economy and the ubiquity of gambling references across the entire game, FIFA is complicit in making football a perfect training ground for young gamblers. It’s time EA, its videogame, and the beautiful game of football itself woke up.

If you’re concerned that you or someone you’re close to may be addicted to gambling, help is available in the UK from Gamblers Anonymous or GamCare, among others; in the US, you can get help from the National Council on Problem Gambling.