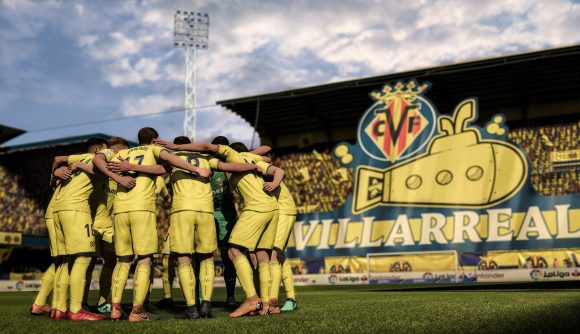 FIFA Ultimate Team is reliably one of EA’s biggest money makers every year, but you might not realize exactly how much the company’s business is affected by the mode. Ultimate Team modes across all EA games last fiscal year made up 28% of the company’s total net revenue. Yes, you’re reading that right – over a quarter of EA revenue comes from Ultimate Team.

EA’s not specific about how much of that is FIFA in particular, only noting that a “substantial portion” of Ultimate Team revenue is from the football franchise. Ultimate Team is available in most EA Sports titles, and the mode serves as the biggest source of EA increasingly-infamous “surprise mechanics.”

While loot box-style microtransactions are becoming increasingly controversial, they’re also becoming a bigger part of EA’s business all the time. According to the company’s 10-K report (noted in a recent Seeking Alpha contributor blog), Ultimate Team revenue made up 16% of the company’s business in fiscal year 2017, 21% in 2018, and now 28% in 2019.

That’s substantially more than FIFA itself makes. Sales of FIFA accounted for 14% of net revenue last fiscal year, and 11% for each of the two previous years.

EA’s ‘live service’ revenue across all games represented 45% of the total in fiscal year 2019. If you’re holding out hope for EA to ditch its controversial microtransactions, well – just don’t expect it any time soon.