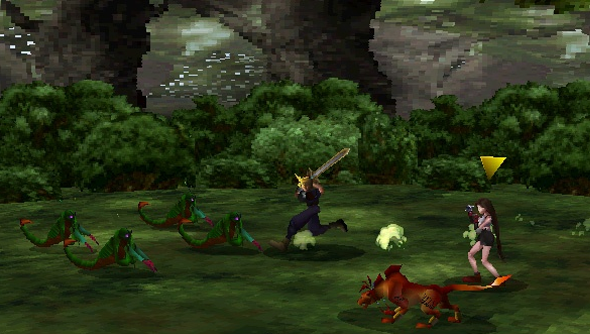 Square Enix garnered a lot of good will earlier this year when they released an updated and improved release of Final Fantasy VII. Well, all improved except for one area. The music quality in the PC release was lower than that of the original Playstation version.

Square Enix have apologised and released an update that replaces all the old files with brand-spanking new, nicely tuned ones.

“For all of those people who contacted us about the background music quality in the PC release of Final Fantasy VII, I’m really pleased to be able to tell you that we’ve now released an update for the game that includes an audio upgrade,” head of community at Square Enix, Phil Elliott.

“Thanks for the feedback, and also your patience – and we hope that you’ll enjoy the music fully from now on!”

Canny players had already developed their own fix by replacing the sounds files in the Steam directory with .ogg files stripped from the Playstation game. While this was fine for folk confident with editing game directories it’s a good move by Square Enix. They’ve acknowledged the issue and fixed it for all players.