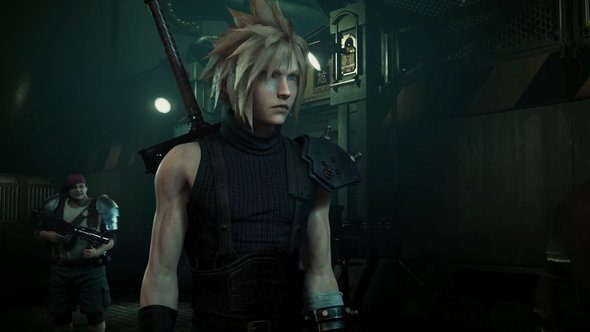 Work is about to go underway in earnest on the remake of seminal JRPG Final Fantasy VII. Key staff at Square Enix have put out a call for designers to work on the project, stating that they must “urgently recruit” as many staff as possible. The 1997 PlayStation classic, which has been ported to PC on multiple occasions over the last 20 years, is widely regarded as one of the greatest RPGs of its era. A remake had been discussed for years prior to its announcement at E3 2015.

Feed your nostalgia glands with some more great old games.

In the job advertisement, Business Division 1 executive Yoshinori Kitase makes the team’s intentions clear by stating that they “aim to surpass the original work in terms of quality by increasing the number of staff to strengthen the core company development.”

Set to direct the remake is Testsuya Nomura, who fans may recognise as the guy behind the Kingdom Hearts series. He describes the original as a “special title” before going on to say that “20 years have gone by and the number of generations that aren’t familiar with Final Fantasy VII is increasing, so we must remake the game using today’s technology and systems in order to make it into a title that can last several more decades.”

While we still have no idea whether or not the remake will come to the PC, we do know that it’s being developed in Unreal Engine 4, so a PC port wouldn’t necessarily be out of the question… and also, we want it… so there’s that.This whole revelation also means that work is not as far along on the game as many of us had thought. We can probably expect a release to be several years away at this point.

If you read fluent Japanese, you can check out the advert on Square Enix’s website. If, like me, your Japanese is a little rusty, the guys at Siliconerahave very kindly translated it for us.