After its console re-release last year, Final Fantasy XII is getting a new run of life on PC, too. Square Enix have announced that the game will be coming to PC on February 1, 2018.

Looking for something more MMO-shaped, Final Fantasy XIV recently got its own 48-player moba.

The remastered release adds 60fps, the ability to play in ultra-widescreen – though, only if you’ve three monitors to play it across. There is also a New Game Plus and New Game Minus mode, and all the game’s music can be played in three different modes – original, soundtrack, or re-orchestrated versions

I’m not too familiar with The Zodiac Age, but what I do know is that the announcement was tied into a livestream of rabbits. This is something I hope we can all get behind and it’s something that Square Enix will consider doing again this year. 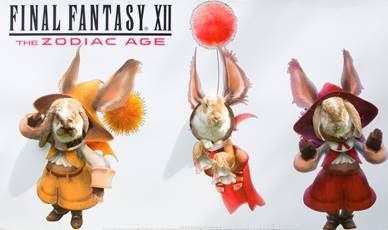