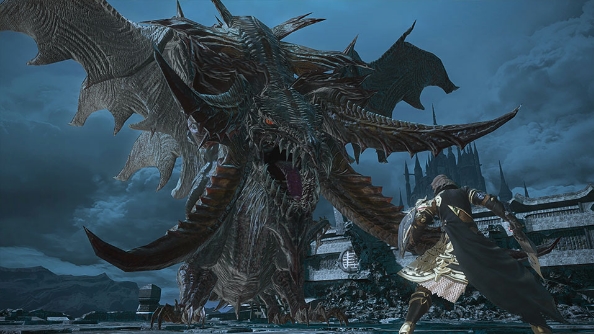 Today sees Square Enix launch Revenge of the Horde: the 3.3 update for Final Fantasy XIV, which will see the Dragonsong War brought to a close. Naturally for such a monumental story event the patch is huge, consisting of dungeons, quests, raids, and new gear.

Prefer your roleplaying done with hundreds of players? You need one of the best MMOs on PC.

Revenge of the Horde sees a collection of new main scenario quests added, where Nidhogg has cried out for vengeance in the final chapter of the Dragonsong War.

In trials news, The Final Steps of Faith is a new 8-player trial pitting players against the wyrm Nidhogg for a huge final confrontation with this big boss.

The main story is not the only area picking up new quests though. You’ll find added missions in the Warring Triad storyline, and new adventures dealing with Hildibrand and the Moogle Beast Tribe.

For dungeon crawlers, two new high-level options will be available in Sohr Khai – a desert palace – and Hullbreaker Isle, a repurposed training ground. For raiders, the new 24-player alliance raid The Weeping City of Mhach takes players to a ruined, fabled city as part of the Void Ark storyline.

Special rewards can be found throughout the patch, including new hairstyles, crafting recipes, and emotes. Aquapolis is a new bonus dungeon that appears occasionally after treasure hunts, and special gifts will be handed out to lucky players.

In overall game improvements, a new Raid Finder will match players automatically with other experienced adventurers across the multiple Final Fantasy worlds, which should help people get together for the hardest encounters. And a Recommended Gear feature helps select optimal equipment from your inventory for any class or job.

The 3.3 patch is available today, so just log into Final Fantasy XIV to see everything new that’s on offer. For more information and fancy screenshots, check out the Revenge of the Horde website.