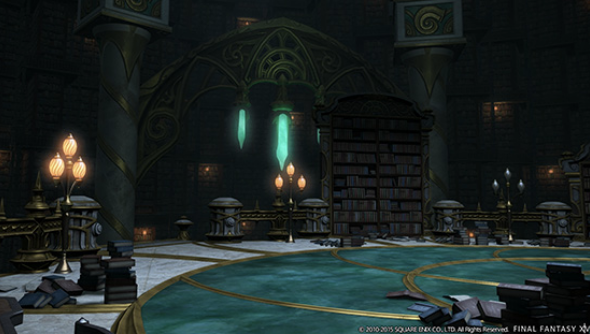 Next month Final Fantasy XIV expands with Heavensward. It’s going to be a massive update, and making up a huge proportion of it will be a series of new dungeons. Square have produced a new trailer showing off the scenery of these new areas, and within them you can see a few hints to games of the past.

In some of the design work you can see inspiration from previous Final Fantasy games, including the heavy crystal imagery of Final Fantasy XIII and a place that looks eerily similar to the Library of the Ancients from Final Fantasy V. The pace of the video is extremely leisurely, so sit back and drink it all in.

A second trailer also shows off some of the new Job Actions of Heavensward’s various professions. Take a look and watch out for the cool moves your character could be pulling off soon!