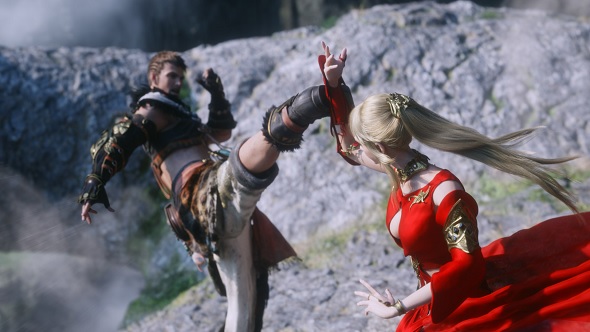 A lot of people have been getting excited about the new raids that are coming in patch 4.1 for Final Fantasy XIV: A Realm Reborn. Titled Return to Ivalice, they’re a series of 24-person raids taking place in Ivalice (the setting for Final Fantasy XII. Not much is known about them, though: they were announced in December 2016, but nothing was subsequently announced.

More MMO action can be found on our list of the best MMOs on PC.

We went to Naoki Yoshida himself, director and producer on Final Fantasy XIV: A Realm Reborn, to find out why nothing has been revealed about the raids, despite the fact that they should be arriving soon with patch 4.1.

Thing is, the answer’s pretty simple: we’ll be getting some information on September 2, as there’s going to be a 14-hour livestream with new details, but things have been quiet so far in fear of spoiling the experience. In the September 2 livestream, only the “bare minimum” will be revealed, even, as “literally everything could potentially be a spoiler.”

Clearly, the team are putting a lot of hope on these raids, and there’s going to be some significant story implications alongside it. At least you should be able to go in without any story spoilers!

For any Australian folks: here’s a fun thing you can do. Domino’s are now serving Final Fantasy pizzas in Australia. You’ll get a free copy of Final Fantasy XIV: A Realm Reborn, at least?