Final Fantasy XIV is the unlikely rags-to-riches success story of the MMO world. Initially launched in 2010 to an extremely negative reception, it was relaunched a few years later with a new team and creative lead. Since then it’s fared considerably better both critically and commercially, boasting a consistent active playerbase and high sales for previous expansion packs, Heavensward and Stormblood.

That brings us to the release of the fourth expansion, Shadowbringers, only a few weeks ago. Along with a whole new story campaign and set of areas to explore, Shadowbringers adds two new player races, the Viera and the Hrothgar, a level cap increase to 80, a host of new instances, and two new player jobs, Gunbreaker and Dancer.

Shadowbringers follows the events of Storrmblood, in which a number of the Scions, friends to the Warrior of Light (the player character), are thrown into comas as a result of a powerful magical effect dubbed ‘The Calling’. At the beginning of Shadowbringers, an enigmatic being known as the Crystal Exarch reveals that the Scions have been pulled into The First, one of the many shards of reality that exist alongside the Source. Fantasy bobbins follows, and you have to save them.

‘Bobbins’ isn’t intended scornfully there, we stress. In fact, this might be the most accessible expansion yet. Though the main plot links back to the game’s extensive lore and backstory, the moment-to-moment plot is fairly simple, and it won’t take long to become familiar with the factions, events, and lexicon of the First. The worldbuilding of its regions is immediately understandable and emotive – beneath all of the flowery language, there is a strong focus on character motivations to help keep things grounded enough to follow.

There’s a tragic flavour to your wanderings through the doomed First. Each region is bathed in Light, which corrupts beings into twisted abominations known as Sin Eaters, and means there has not been a night in over a century. The sky is permanently incandescent with a yellow hue, sickly and dangerous to look at.

By falling back on genre tropes, Shadowbringers' story shies from true brilliance

Each area you pass through evokes a different variation on a central theme of coping with unavoidable disaster. The residents of the cold desert of Amh Araeng are resigned to death, and even euthanise those corrupted by the Light to prevent further pain. In the decadent city of Eulmore, bargains are struck with the Sin Eaters, and collaboration leaves room for comfort and peace at the cost of others’ lives. The fae forest of Il Mheg represents childish, wanton obstinance: its inhabitants refuse to even acknowledge their doom, frittering away the little time that is left on games and tricks. Only the Crystarium, the hub city of the new regions, offers real resistance. In the context of real-world problems concerning the climate and an uncertain future, the core emotions at play here are powerful and well told – for the most part. 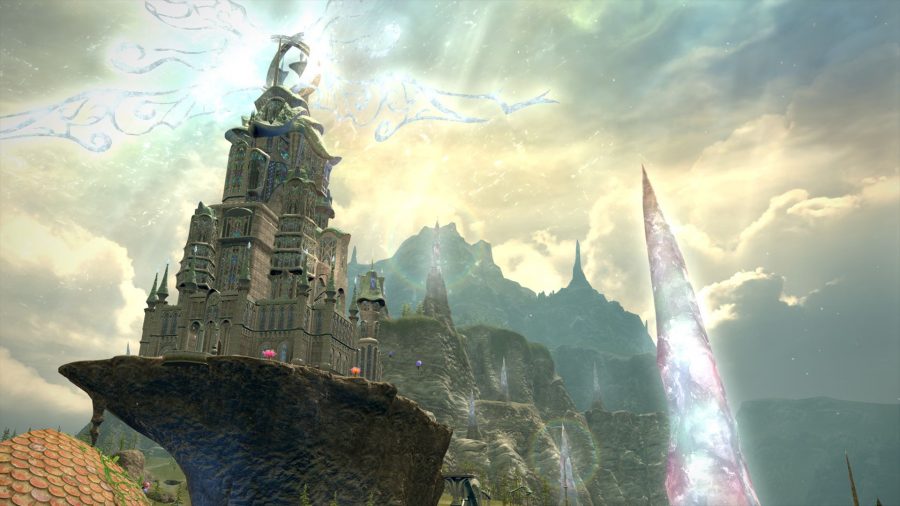 Despite the excellent world-building, stunning soundtrack, and the uniquely baroque-esque design aesthetic, there’s something frustrating at the core of Shadowbringers. Though it deals with relatable, human experiences of grief, tragedy, and behaviour in the face of mortality, its persistent melodrama undermines its most powerful moments time and again. Some of these moments have huge potential: they could prompt the player to question their role in this world, to challenge the simple dichotomy of Good vs Evil, Light vs Dark, but they’re consistently underserved by a melodramatic villain monologue, an overtly evil character design, or a plot point that undermines a powerful theme.

Yes, this is typical of the MMO genre and indeed of Final Fantasy, but by falling back on these tropes Shadowbringers’ story shies from true brilliance and becomes, well, commonplace. In the end, it is just another Good vs Evil story. Don’t misunderstand; it is excellently written. There’s a genuinely impressive level of skill and love in this expansion, so by all means, take this to be a recommendation, but it’s tough not to think about what could have been. 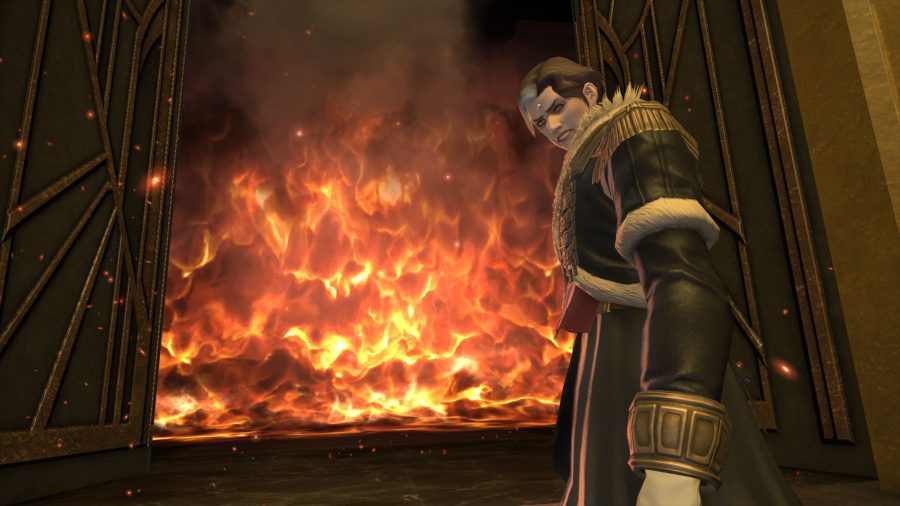 Anyway, enough about the narrative, what of the juicy new features? Most classes have been overhauled to varying extents, which was sorely needed as FFXIV was starting to suffer from Wrath of the Lich King-era WoW bloat. Abilities have been merged or removed, new ones introduced, and mechanics streamlined. These aren’t massive changes, and don’t alter the feel of the combat in any drastic way, but Shadowbringers makes many thoughtful and welcome refinements.

Both of the new races are gender locked - the Viera are all rabbit ladies and the Hrothgar are all cat men - and neither of them display equipped headgear. It’s a minor drawback, to be sure, but still a shame.

The new jobs are the Dancer, a hybrid utility-based DPS class, and the Gunbreaker, a combo-oriented tank with a unique resource system. Between the two, the Dancer is the more distinct and complex. It deals damage, yes, but also works in synergy with other party members, buffing and occupying utility roles previously reserved for the bard. The Gunbreaker is comparatively simple, with two rotational combos – an AoE combo for holding groups, and a six-part single target combo. Although figuring out the single-target combo can be tricky, as it requires a string of inputs that can be put in a flexible order, the Gunbreaker seems a little sparse compared to the Dancer, and doesn’t fulfill a unique party role in the same way. 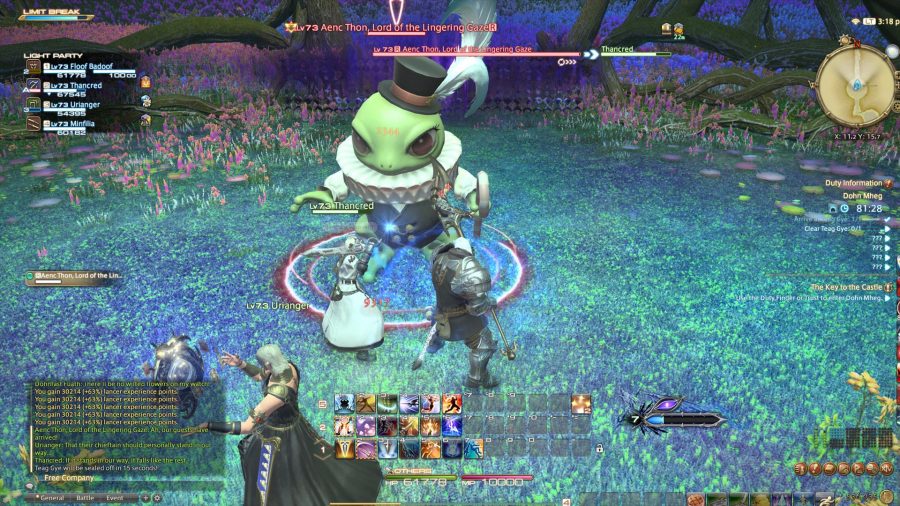 The new Duties offer a fun range of encounter types and environments. Of particular note was an underwater fae lair in Il Mheg, were a top-hatted and candy cane-wielding frog fairy challenges you. In the ensuing fight, you are at one point forced to cross a stick-thin bridge over a yawning chasm before he finishes his spell and annihilates you.

Speaking of duties, there is a new system called Trust, wherein you can enter certain Duties with a team of AI-controlled teammates. This works very well, and will surely be welcomed by many introverted shut-ins (such as myself) looking for more ways to play solo. The two new races don’t affect the experience one way or the other, though we did enjoy playing through content as a bright pink, muscled cheetah man.

While the story's over-reliance on genre tropes keeps it from being truly groundbreaking, it's still among the best in MMOs, as is the new content. Shadowbringers is a great experience that could've been an amazing one.