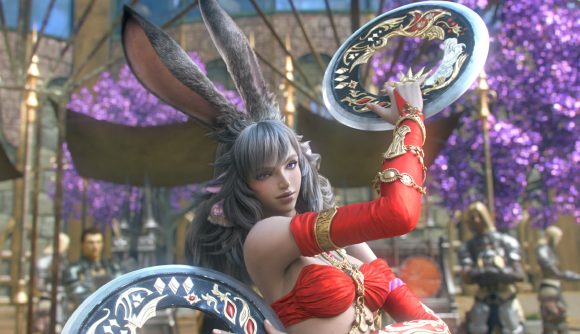 The latest Final Fantasy XIV expansion has been in the hands of players for some time now, but not everything launched right on the Shadowbringers release date: you still had some time to wait before you could hit the raid at launch but, now, it’s live.

Patch 5.01, which includes the normal-difficulty version of the Eden raid, launched on July 16. On July 30, we’ll get patch 5.05 and the savage difficulty Eden raid. The latter patch will also include the Lyhe Ghiahl treasure hunt dungeon, and the launch of the Allagan Tomestone of Phantasmagoria currency.

Eden features designs from director Tetsuya Nomura of Kingdom Hearts and latter-day Final Fantasy fame, but it’s not the only raid content with a touch from a Square Enix celebrity designer. We’re also getting a Nier: Automata raid with design input from Yoko Taro, so prepare for equal measures of confusion and emotion.

Hannibal Buress and Tom Holland are very excited about it.

How to Start the Eden Raid

You’ll need to be level 80, and you’ll have to have completed the final main scenario quest of Shadowbrings. If you’ve fulfilled the requirements, just head to the Crystarium at X:9.7 Y:12.3 and talk to the Anxious Crystarium Guard. That’ll get you a quest called In the Middle of Nowhere, followed by Deploy the Core – both are pretty straightforward, and will get you access to Eden as soon as they’re complete.

Level up: These are the best MMORPGs on PC

Shadowbringers launched officially on July 2, marking the start of the latest chapter for the now-venerable MMO. It’s been a long road since 1.0, but this promises to be another solid piece of the game’s legacy.