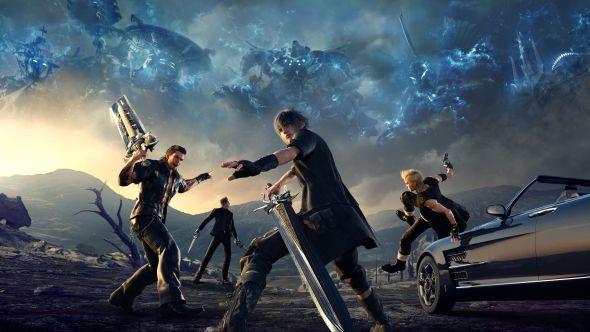 Update, September 4: Tabata has issued a warning to the would-be creators of Final Fantasy XV’s nude mods, suggesting that their efforts could affect the future of modding in the series.

The director of Final Fantasy XV has urged modders not to go too far with the creation of nude mods. In an interview with PC Gamer at PAX West, Hajime Tabata urges creators “to be as controlled as possible.”

The decision as to whether or not to allow modding ultimately comes down to the CEO of Square Enix, and Tabata has previously said that the likelihood of nude mods being created was a significant concern of several key members of the company. Eventually, they decided that allowing modding was an important part of making a PC port, and that they would leave the decision about what kind of mods would be created to “the moral sense of all the players.”

When asked what warning he might issue to the modding scene, Tabata says that “if things are taken a little too far,” decisions as to whether or not to allow modding of the series might be made differently in future. The implication is that if things get too racy, Final Fantasy XV might be the last game in the series to get modding support on PC.

Update, August 25:Square Enix say that Final Fantasy XV on PC will have Steam workshop support and will run on a broad range of machines.

In an interview withPC Gamer, FFXV’s director Hajime Tabata says that he’s keen to make sure that the game appeals to PC gamers, despite the series’ history on console. That includes making it as easy to run as possible, and providing Steam Workshop support.

Tabata says that the game won’t be locked to 30fps, but the PC you’d need to get up to 60fps, especially at 4KHD, would have to be more powerful than Square Enix’s show PC at Gamescom. Tabata says that the GTX1080Ti that they’re using at the show can’t maintain a stable 60fps. If your PC is a few years old though, you should still be able to run the game no problem.

Tabata says that the intention behind making the game as widely accessible on PC as possible, which includes a first-person mode and mod support, is an attempt to make it clear to the PC community that “the latest Final Fantasy game is serious about the PC market and its players.”

The game’s PC version is out next year. Along with everything we’ve mentioned here, it also comes with all the DLC and the multiplayer expansion.

Original story, August 24:The director of Final Fantasy XV says that while he does have concerns about what modders will do with FFXV on PC, he’s more worried about making sure players have enough freedom to play the game their way.

Speaking to Hajime Tabata in interview at Gamescom, we’re told that he and his team did have concerns over the kind of content that would be modded into the game. “Obviously there’s some worry about ‘we’ve made this great world and people might try to stuff all kind of strange things into it and mess it up’,” he tells us.

The biggest issue they potentially face, of course, is nude modding. “When we were getting together for discussion, all the people together in the project were airing out their worries, [nude mods] were something most people were really worried about,” Tabata says.

In the end, Tabata and his team made the decision to allow players full freedom to use and create mods, saying, “what’s stronger in my mind is the fact that I don’t want to limit people too much – this is part of the culture of gaming these days. These people – it’s a thing they’ve bought, it’s their game now.

“I don’t think it’s a good thing, but we’re going to leave it to the moral sense of all the players out there. I basically want, as a principle, to give as much freedom and as little limitations on it as possible.”