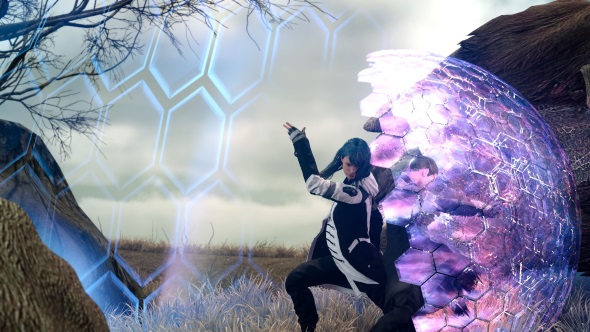 As Monster Hunter: World is not due to arrive on PC for several months you may be searching for alternatives. There are a number of games that fit the bill. But another that lets  you get a taste of it right now is Final Fantasy XV: Comrades. Square Enix’s JRPG behemoth is best known for its gargantuan story, but it is also home to an interesting co-op multiplayer mode, one that borrows the Monster Hunter template and augments it with a sci-fi tone and spikier hair.

Comrades is one of the extra features that comes as part of Final Fantasy XV on PC.

Comrades takes place around two-thirds of the way through Final Fantasy XV’s main storyline. That means it is not best suited to total newcomers or those concerned with spoilers. You play as a member of the Kingsglaive – the kingdom’s royal SWAT team – with the aim of restoring harmony to the bruised and battered area around the key city of Lestallum.

The restoration of said harmony is rooted in re-powering the kingdom’s electricity grid. This forms the meta objective of Comrades: successful missions reward energy, which is used to unlock pylons on a web-like world map. New pylons provide new quests, and investing enough power in the network progresses the story forward, providing some momentum while also bringing in characters from the main plot for cameos. 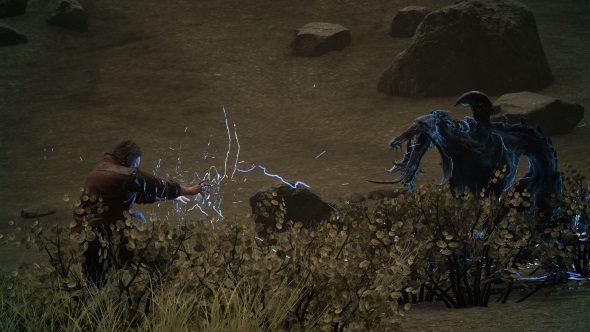 The quests that provide the required power are essentially the side-quest hunts from the main game; a bounty is placed on a collection of monsters, and you are required to head out and destroy them. Comrades is not set in an open world like the campaign, so selecting a mission will transport you – along with three other online players – to a small zone where the battle can begin. Missions come in a handful of forms: some are straight up ‘defeat all these monsters’, while others require you to escort a character through a dangerous area, or defend and objective from waves of attackers. Aside from the odd boss, there is little out of the ordinary here, but the slick combat system is fun to experiment with alongside friends.

While the story and progressive unlocking of new areas does provide narrative context, Comrades is clearly a game about loops: you kill some monsters, invest the power rewarded to you into new pylons, which unlocks new missions where you can kill more monsters for more power. This is largely how Monster Hunter works, too. The similarities continue through Comrade’s home-base hubzone and the mode’s focus on improving weapons and acquiring new and cool apparel. While Final Fantasy’s offering is nowhere near as deep as Monster Hunter, it is a fair offering considering that the entire mode is a piece of DLC.

While this homage to Capcom’s hobby-game champion is an admirable effort, it does have sizable issues that hamper its enjoyment. Comrades relies heavily on grinding and this kicks in almost immediately. You start with just a single mission unlocked and must play it several times over to have enough power to start unlocking pylons. Newly acquired missions are not always a good fit for your character’s level, once again forcing you to replay the same hunts over until you have levelled up. Aping the Monster Hunter template demands a certain amount of repetition, of course, but a larger pool of missions for new players would at least prevent the grind appearing so quickly. It would also help if newly-unlocked hunts provided lower-level challenges before throwing out the hard-as-gelled-hair tasks. 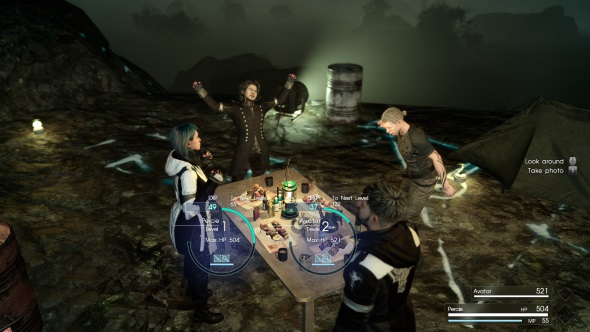 There is also a sense that Comrades is something of a missed opportunity. The quick-play matchmaking makes the mode revolve around short bursts of action, akin to match-focused games like Overwatch or Rocket League, while the Monster Hunter template keeps everything confined to small areas. This is in stark contrast to the open-world sprawl of the main game. Final Fantasy XV is about a group of friends road tripping through a beautiful kingdom, and, truth be told, I hoped that Comrades would offer me that experience with my real-life buddies and their real-life hair. Using the open world as a colossal hunting space, almost akin to a light MMO, would have been a great way to unwind with friends.

Let’s not want for what never was, though. Comrades may not be the headline feature of Final Fantasy XV, but it is an worthwhile addition that draws from another monster of Japanese gaming traditions. The forthcoming Monster Hunter: World offers all of Comrades’ plus points inside a gorgeous open-world environment, but importantly, is not out on PC yet. As a taste of what is to come, Final Fantasy XV: Comrades works well as a miniature Monster Hunter for us keyboard warriors.