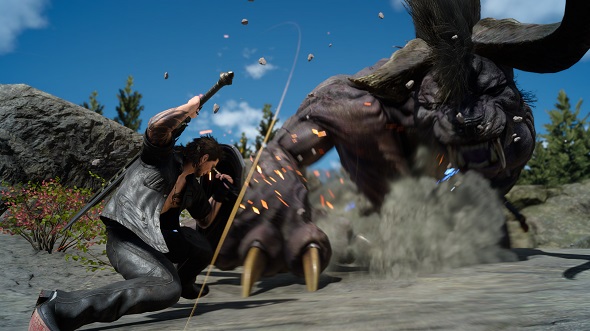 The Windows Edition of Final Fantasy XV comes complete with all the DLC released so far, including episodes dedicated to each of Noctis’s crew: Gladiolus, Prompto, and Ignis. Unfortunately, these are hidden away in the main menu rather than slotted into the main game, where all of these episodes take place, meaning you can easily overlook them by diving straight into the story.

This is a huge shame. Square Enix have done a fantastic job utilising these episodes to deliver short stories that are self-contained while expanding the overall plot of Final Fantasy XV. To help these DLC episodes along then, we have come up with a few reasons why you should lend them your time.

Warning: spoilers for the main plot of Final Fantasy XV from here on.

What are the best Final Fantasy games on PC? We can tell you.

Filling in the gaps in the plot 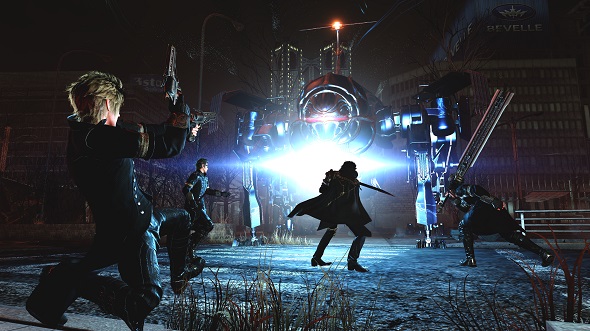 Final Fantasy XV’s plot is an uneven one. It starts out slow in its beginning chapters before steamrolling so fast in the later ones that you are left with more questions than answers about what exactly is going on. As the credits roll, you will probably be left with a furrowed brow as you ponder the game’s confusing chain of events and why certain huge revelations surrounding the party are left completely unaddressed.

This is where the DLC episodes come in. Square Enix have used these short stories to elaborate on key events, fill in plot gaps left by the main story, and provide excellent character development to the main party.

While Episode Gladiolus doesn’t help to expand the main plot, it does treat us to an explanation as to why Gladio spends most of his time acting like he’s got a stick shoved firmly up his behind. We finally get to see his vulnerable side and that helps to justify the more aggressive parts of his personality on display the rest of the time. 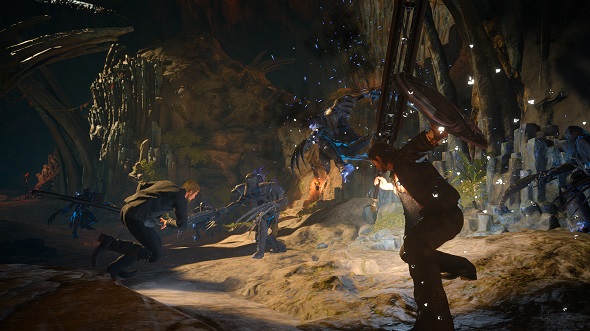 The episode also shows us what Crownsguard Cor has been up to for the duration of the game. It is a plot hole that needed filling given that he doesn’t spend any of his time helping out Noctis and crew, as you would expect from a man in his position.

Episode Prompto and Ignis add even more to the overall story. Both episodes do a great job of tying up loose ends while giving us the backstories that help to explain them better. For Prompto, we get to see another side of the otherwise outgoing gunner. It also revealed how Ignis lost his eyesight in the events of chapter nine, and why that painful sacrifice was necessary.

If the main plot of Final Fantasy XV made sense to you, Episode Ignis throws in a chance to achieve multiple endings. The one you get is determined by the choice you make when confronted by Ardyn. Despite these endings only being found in the DLC, they are grounded enough within the game’s world for the argument to be made that they are part of the canon as much as the proper ending – well, perhaps ‘proper’ is too generous a term.

More time with the boys 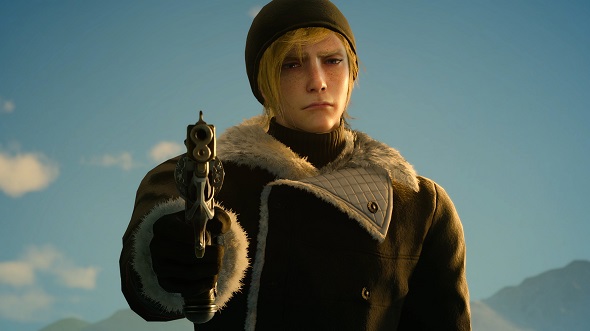 Hanging out with Noctis and crew as they embark on their road trip across Eos feels like being in the company of genuine friends. You grow fond of the boys and their various quirks, from Ignis’s mother-hen nature to Gladiolus’s insistence on embarrassing Noctis in front of every woman they encounter.

The gang takes a backseat during the main plot points of the game to instead focus on Noctis and his proposed birthright to become the True King. This means that, while the rest of the crew are far from undeveloped, we see and hear less of them as the finale begins to unfold. With the DLC episodes focusing exclusively on each party member, though, we get some long overdue character insight, rectifying some of the one-dimensional tropes that our travelling boyband sometimes exhibit.

Gladiolus comfortably fits into the hyper-masculine character trope, but in his episode we see that he is more than just the quiet brute of the party, as visits his mentor to reaffirm his capabilities after being defeated in battle. Likewise, we see Prompto hit with a revelation that deconstructs the confident facade he has put up since his youth before he rebuilds it.

In fact, Episode Prompto is Final Fantasy at its finest – delivering a mixture of sombre, emotional plot beats alongside bonkers set-pieces. Finally, Ignis finally loses his cool as he is forced into a situation that turns him into a disheveled hero. There is also a great emotional reunion between Ignis and Noctis to see.

New combat mechanics to play with 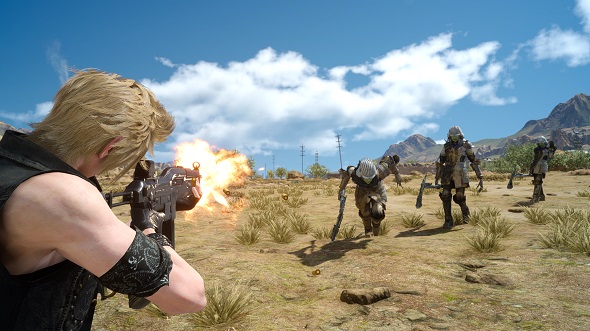 If you are a long-time Final Fantasy fan then XV’s combat – while as acrobatic as a scene out of a shounen anime – might leave you longing for the traditional battle formula: controlling all characters, inputting prompts, and watching your strategy come to life on screen.

If that is the case then one of the game’s many patches will please you. It allows you to switch between characters on the fly in battle so you can create rousing scenarios not unlike those of older games in the series. Unleash a flurry of attacks as Noctis and then switch to Prompto to deal the final blow with his handgun. Boom!

As the Windows Edition comes with all the patches and DLC you can make use of this feature as soon as you unlock the character-switching ability in the Ascension Tree for 20AP. Of course, each individual episode also lets you get familiar with the battle mechanics of each black-leather boy. As Gladiolus, you can take on a more defensive approach to combat, complete with arage meter that builds as you successfully block attacks. 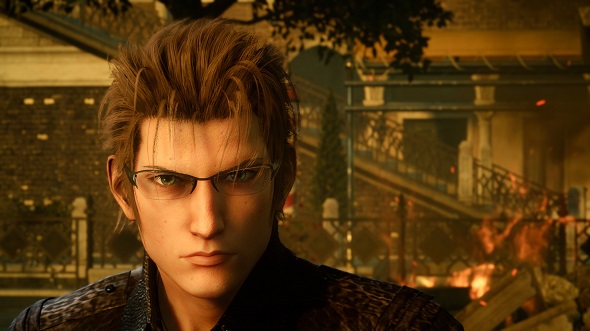 Choosing to play as Prompto turns the RPG into a third-person shooter- he also has the ability to steal enemy weapons and use it against them. Not to mention that Prompto’s role as photographer means he can also take selfies with enemies in true millennial fashion. Then you have Ignis, whose combat style takes influence from hack-and-slash titles like Devil May Cry, opting for fast-paced battles that encourage risky movements through the use of the damage multiplier.

The unique combat seen in each of the DLC episodes portrays Final Fantasy XV in perhaps its truest light: an amalgamation of genres and influences, both Western and Japanese, that together creates something flawed yet unquestionably thrilling.

A strong cast of secondary characters is cemented 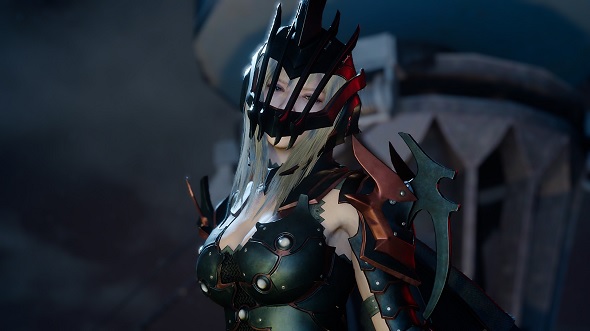 One of the strongest aspects of Final Fantasy XV is its characters – and we are not just talking about those boys in black again The game’s secondary cast, from Gladiolus’s energetic younger sister Iris, to mercenary for hire Aranea, to bubbly mechanic Cindy, are all delightful individuals in their own right. With Cindy and Iris featuring regularly throughout the main plot of the game, XV’s DLC episodes take the opportunity to expand on some of the more important yet neglected personalities: Aranea and Ravus.

Aranea is a clear contrast from the main party from the moment she confronts them. She is carefree and flirty, and appears to be relatively unaffected by the war surrounding her. This is reinforced when she joins the group of four as a temporary party member, providing cheeky quips during an otherwise dour plot sequence.

In Episode Prompto her otherwise one-note personality is given some more time to blossom. In it, she reassures Prompto and restores his confidence when he needs it. It’s an important milestone for both characters, as the two wisecracking personalities display vulnerability while discussing ideas of family and acceptance. 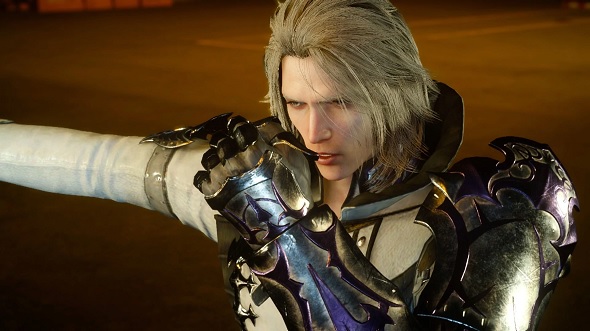 Ravus, one of the game’s primary antagonists, spends much of Final Fantasy XV vastly undeveloped, appearing half-hearted with his bitterness towards the group next to fellow villain Ardyn’s pure menace. Taking a backseat during the story events, his finale – and subsequent death – feels grossly underwhelming when we know so little about him.

We finally get to see more of Ravus during Episode Ignis as it takes place during the climatic events of chapter nine, most notably, the death of Luna, who is both Ravus’s sister and Noctis’s fiance. Ravus begrudgingly partners with Ignis as they traverse through Altissia, with Ravus displaying himself as a calculated yet considerate man, who is later overcome with grief. The revelation of Ravus’s support for Noctis’s crew at the end of the episode makes his death at their hands particularly bittersweet.