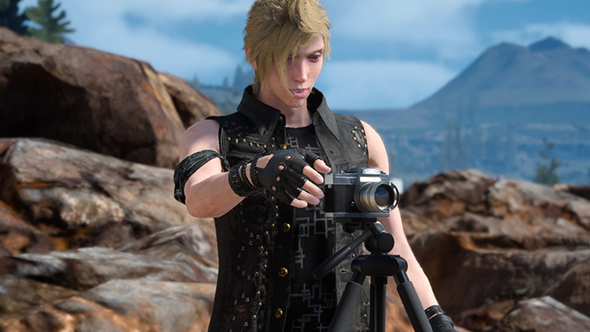 Final Fantasy XV has a big emphasis on photography, with your pal Prompto snapping shots of cool action and good times at every opportunity. It also looks very nice on PC. If you’re of a mind to start taking your own in-game photos, Nvidia have a deal for you – and it’s one that might just get your work featured on a London billboard.

The grand prize winner will have their screenshot featured in the FF15 billboard campaign, along with a signed copy of their photo. Five runners-up will get developer-signed prints of their snapshots. The contest runs until 23:59 GMT on March 20, and is only open to UK residents.

At the very least, this promotion will grant us an opportunity to gawk at numerous beautiful screenshots from the largely fabulous PC port of Final Fantasy XV, so I think we’re all winners here.