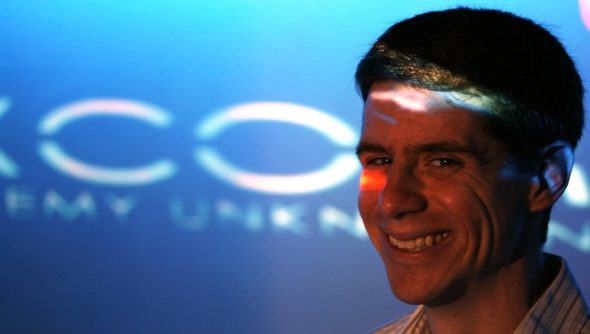 The aliens aren’t coming. They’re already here, around us. That colleague who tells you he’s grey-skinned from fatigue? Alien. Your girlfriend who endlessly asks why you’re playing a twenty-year old strategy game at 4am? Alien. Peter Murray, Associate Producer, Firaxis, who dodges your questions with preternatural speed? Alien. We interrogated him.

Before the autopsy, that was.

Congratulations. From the hour’s hands-on we’ve just had, this is a perfect modern Xcom.

That’s Jake’s brilliance. The day the new combat system went into place he sent an email round saying, ‘combat has changed from Xcom, here are the new groundrules’, I was like ‘hmm, okay.’ But when I sat down and played it I was ‘holy shit, this is aaaamazing.’ It’s still Xcom, still undeniably Xcom, but it has that dimension added to it. Now, the interesting decision in that tactical screen is ‘how am I going to kill aliens and keep my guys alive?’ It felt a lot more direct.

The absolute brutality of the combat, if you’re flanked you’re dead; how will that play with people that are fresh to the game?

That’s the beauty of ‘welcome to Xcommm!’

How are they going to cope? People are so mollycoddled.

No, I don’t think they are. We’re seeing a movement towards games that are really hard but fair.I think people can take a hard game if it’s fair. Demon’s Souls. It’s a really tough game but people know what the rules are. Minecraft. More of a PC example than console, but a hard game. That first 72 hours in Minecraft is brutal. Then one day you kill an Enderman and you’re like I’m the hardest man on the planet. That’s the Xcom experience, that you overcome these really, really tough situations, win, start doing well. We’re doing our best to explain what the rules are, cover, don’t get flanked. People when they get that will be able to accept the hard consequences like death. You can lose everyone on a mission or you can lose the game.

Also you can have the whole supersquad out, wounded. You’re not out of the game, but you have to send the rookies in.

Especially at the end of the game, sending a rookie in is an exercise in trust.

How disposable are rookies?

Very and not at all. You can ordering infinite rookies.

Do countries ever get worried; like when you’ve thrown a thousand of their best and brightest away?

There’s always some perfectly wonderful individual who’s ready to volunteer for some horrible assignment. If you’re in a situation where you’re burning through rookies, you’re already in a bad spot in the game. So there’s that spiral you can get into, true of the original, where you’re losing missions, support, resources, and you’re losing troops. Double-penalising people by making the rookies worse just feels punitive.

What happens the first time a team encounters something way beyond their skillset? Like a fresh squad meeting a Chrysalid?

Well, you hope for the best! You hope you have lots of guys on Overwatch that turn. The mutons in particular have this ability, where if you shoot a muton and don’t kill it, it will do this chest-thump thing. Everyone in a certain distance takes a will check and rookies isn’t as high as veterans. Captains and colonels are like ‘it’s showing off, fine’ whereas a rookie will be like ‘I unloaded a clip into that thing’. You can overcome it a bit by giving them decent equipment. You’re a rookie and you suck, so I’m going to overcome it by giving you a plasma assault rifle. You’ll still suck – but at least you’ll kill what you hit. Problem is when a soldier dies, you lose their equipment. Hence an exercise in trust.

Would you call it a legitimate tactic to have veterans at the back with weapons and rookies at the front, with pointy sticks, to absorb shots?

I wouldn’t say you’d take them to absorb shots, you’d take them to get experience. If you lose a veteran… earlier on, I had a team built around one assault soldier, who got all the love and attention. She could scoot around the battlefield and do a ton of damage. One mission I sent her too far out and she triggered a pod of mutons. It was… ugly. This person was key to the operation. Crap. I could load a save and nobody would be any the wiser. You’re always going to want to have somebody at base you can slot into that role. Maybe they’re not as good, but at least they can fill that position until the other person is out of the hospital or the rookie skills up enough.

You’d don’t. We have iron man mode as a toggle, from the get-go. You give people the option to play it in that harder mode, but it’s the player’s decision about what they’re going to do. It’s as legitimate a way to play as anyone else.

What are the effects of wounds? I heard their will goes down.

That’s critical wounds. If you have a soldier and they get shot for exactly the amount of health they have left, there’s the possility they’ll be critically wounded and start bleeding out. If you get over there with a medkit and stabilise them, they’ll survive the mission but take a hit to their will stata. THey’re not cowards but if a muton does the chest thump they’re more likely to be ‘I know how this ends…!’ They’ll flip out.

You’ve redesigned the Chryssalid. They still seem fast, but they both got one-shotted in the demo we saw.

That was a little bit of demo magic. You can get a critical hit and KO one, but I wouldn’t count on that. As a consistent way of getting rid of Chryssalids… by the time you’re up against them, you’d better have something other than basic weaponry. There’s a reason the Chryssalid keeps coming up on that list of the toughest video game enemies. It makes more Chryssalids. It’s a hungry, organic thing and now we’ve made them look like cockroaches. They turn your men into zombies and the zombies turn into more Chryssalids. Of course, people remember that. It’s a moment of great emotional significance.

One Chryssalid on a mission is enough.

I was on one terror mission. When the Chryssalids first hatch out of the zombies, they’re that kind of white shade and they darken over the next few turns. The Chryssalid was off in the corner of the map and kept eating civilians. All these white Chryssalids kept streaming out and I was ‘I just wanna kill the last one.’ Acceptable casualties is the hallmark of Xcom right now.

What we showed you guys today is the main campaign, how that kicks off, and that’s a single-player experience.

So multiplayer’s something you’ll comment on at a later date?

What we showed you guys today is the main campaign and that’s a single-player experience.

(Dan trembles at the creepiness of the exact repetition and changes subject). Base assaults; in the first game all your bases were tremendously vulnerable when the troops were away. How are you handling base assaults?

You do have one main base. It’s location is set at the beginning of the game. Those other locations around the world are interceptor stations; so you can dispatch them from there and if you have a satellite over a continent and you see a UFO, there’s a local interceptor that can hit it.

Are the satellites differentiated then?

Yes. In the controlled experience you played, you should have got control of a satellite and launched it over a country.

Now the, base assaults in the original were almost an entirely punitive experience. They only happened if you were playing the game well. The UFOs would start to figure out where they were getting shot down, must be something there, and you’d see that Battleship coming in. Once it happened to you, it changed the way you played the game forever afterwards.

That’s a pretty significant thing to have happened. It creates this event which affects your perception of the game from there out.

So when you have something like that, you have to be very careful how you’re handling it. If we want a game that’s tough but fair, we have to be careful. I’m going to answer, entirely, the base invasion question, because it’s something that we had to think about very, very, very carefully. Percentage-wise, it’s a tiny portion of the game but it has huge implications with how the rest of the game is handled.

That fits with how you’ve introduced a parallel character-based story alongside the emergent story.

The emergent story is still the most imnportant part. ‘I had this soldier die on this mission.’ The story you tell yourself that’s still the central story. We do have a little more narrative in the main campaign because… it was possible to get lost. In the original. And be little unclear about what to do to progress to the endgame. We want players to know what they’re working towards in the short term, weapon manufacturing and research done in the next seven days, and the medium term, how that is going to lead, eventually to success. The game is responding to that alien threat and, eventually, you’re really going to take it to the Aliensm but the purpose of the narrative is shown how to get to that final mission.

Tell me about the Sectopod. I remember it being a stumpy little thing I saw for ten seconds before the Blaster Bomb hit, but here it was a monstrous giant robot with a killer beam of death.

Sure looked that way didn’t it? It was a little bit enlarged for dramatic purposes, but the actual sectopod is really tough. The first time I ran up against one was ‘oh, they implemented the sectopod!’ My second was ‘oh, fuck that.’ It’s going to have some really unpleasant surprises.

What do you expect to sell more of, the strategy game or the shooting game?

We both went back to Xcom. The guys from 2K Marin remember what it was like to play that game, the sense of being overwhelmed and uncertain, and they’re building a shooter out of the emotional resonance. That’s a cool idea. Those guys make great games. I keep pushiing 2K to let me play the latest build of that. And then we’re making a game that’s very much consonant with the orginal strategy game. The world can have both; there’s no reason that both games can’t exist and do well. We’re looking to see what they do with theirs.

Last question; will you have Steamworks integrated?

That’s more a publisher side of things.