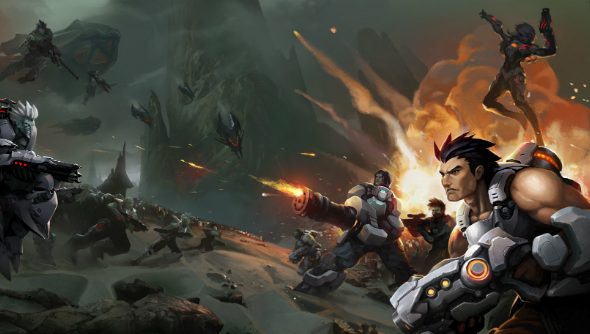 Update: Former Red5 CEO Mark Kern has issued us a statement about his comments on Reddit and the thread’s deletion.

In a Twitter direct message with PCGamesN today, Mark Kern has clarified his earlier comments on Reddit, as well as his position on the status of Firefall and those that work at developer Red5. In it he says that he is not “advocating for the closure of a studio or the sabotage of a game” just that he is “against forcing players to play something they don’t like.”

If you’re looking for a world to get lost in here are the best MMOs on PC.

His main point is that he was addressing those that do not enjoy the game, not all players.

“In regards to my statement about not playing Firefall, I am not advocating for the closure of a studio or the sabotage of a game.” begins Kern. “I’m simply addressing the hundreds of thousands of veteran players who want to see the original version of the game restored. I’m saying that no new version of Firefall is possible or even contemptible if the original is still on the market. I cannot force players to play or not play a game. I’m not asking those players who enjoy the game to stop. I’m saying if you’re not enjoying it, why play? I’m against forcing players to play something they don’t like.”

Kern also clarified why he wasn’t at the studio, as mentioned by one Redditor claiming to be an ex-employee.

“In regards to my studio attendance comment: Its hard to be at a studio when the BOD ordered you to stay home for months so they can get their own version of the game into production. I was not at the office, but it was not by choice.” This information was also posted on Reddit, in a comment. 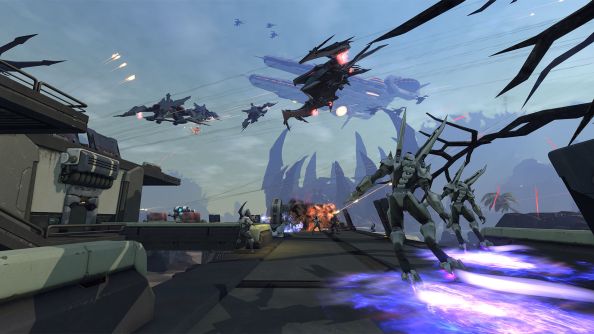 As for why the thread was deleted, Kern had this to say:

“In regards to the deletion of the thread: Against reddit policy, a small group of users was brigading and downvoting all my answers to false accusation. These answers were downvoted below threshold, maliciously, so that people could never see the truth. Mods stood by and let it happen, along with failing to moderate the thread to their own posted standards, allowing false and malicious ad-hominem attacks and hate to go unchecked. So far I have yet to receive a reply from the mods, so I took down the thread because of how it unfairly only represented one side of the story.”

If you have a look in the original full thread or archive link, you’ll note that Kern’s comments were indeed downvoted heavily. While they are not visible by default, they can be seen via the plus button to the side, as is the case on any subreddit. You can see the rules of the subreddit on the sidebar here.

Kern further clarified his statements with the following: “While I’m not advocating for the closure of a studio, should it come to that, any Firefall devs that believe in the original version of the game are welcome to join me at that point in a reboot.” Presumably this would be at a studio that he would set up to produce a game using the IP.

While he said he wouldn’t be taking any questions, Kern was willing to answer a specific query from us regarding his call that players “don’t play it, don’t buy anything for the game, let it crash…” and if he still stood by it. He responded by saying “Yes when you take it in context of addressing players who don’t like the game and want an alternative” and then “Why force someone to play something they don’t like? Why not offer an alternative. That’s just capitalism.”

Kern has also posted several times about the topic on his (highly NSFW) Twitter feed. 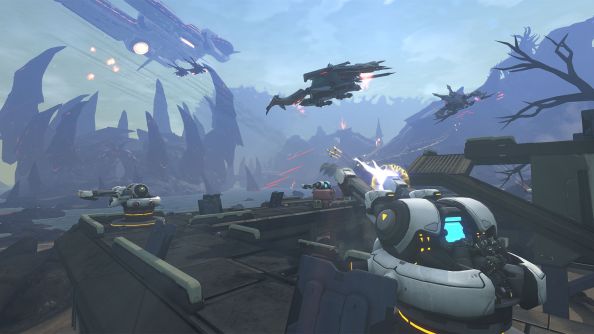 Original story:Mark Kern, ex-CEO of Firefall developer Red 5 Studios, appealed to the sci-fi MMO’s community to “let it crash, so it can live again as it was supposed to be”.

The former lead design, who was voted out of the company by the board of directors in 2013, said in a since-deleted post on Firefall’s subreddit, that he would buy the rights to the game but only if it was a failure.

“I would only offer to buy Firefall if the IP fails and the game is shuttered or due for shuttering,” Kern wrote on Thursday. “Also, buying a failed IP is cheap. You get the code, the art assets, the tools, the name, the customer lists, the story and characters, etc, but nothing else.”

He went on to explain that, from his point of view, the company that ousted him ruined the vision he had for Firefall and that reclaiming the IP would allow him to remake it in his ideal.

“So why buy it at all?” Kern asked the subreddit’s 4,400-strong community. “First, its my game. I created it, and I hate to see what they did to it and what they did to the vets. Second, I want to finish what I was not allowed to finish because the Executive Team thought “WoW with guns” would be better.”

Kern is convinced he could buy back a failed IP for cheap, given his assertions that failed Realtime Worlds MMO APB went under the hammer for under $50,000 – despite being sold to K2 Network during its F2P transition for $2.4million.

“But first, Firefall has to die,” Kern said. “There can be no confusion that the version I want to make is DIFFERENT and not a continuation. For that, Firefall (current) must end. So don’t play it, don’t buy anything for the game. Just let it crash, so it can live again as it was supposed to be.”

The small continuing fanbase was, understandably, not enthralled by the sweet whisperings of a divisive figure from the game’s troubled history.

Replies below Kern’s open letter allege to have served under him during tenure at Red 5, and specifically refute many of the claims he makes about how the current failings of Firefall are due to decisions made by others.

“Nobody except Mark could make real decisions,” alleges one such user. “Mark rarely showed up to work though, so lots of decisions were made in absentia, and many were countermanded when he decided to show up. The state of Firefall is the result.”

The now-deleted status of the post perhaps best represents the result of Kern’s foray into swaying the minds of Firefall’s players.

Firefall and Red 5 Studios still faces almost insurmountable issues with the ongoing running of the game, as after a soft-launch in China in November 2015 staff members received a memo that payroll did not have sufficient funds to pay them over the holiday period.

In February, investors The9 pulled out from Firefall leaving Red 5 facing financial problems, and a memorandum of understanding to sell Red 5’s shares for $76.5million was reached at the beginning of March with a Cayman Islands holding corporation.