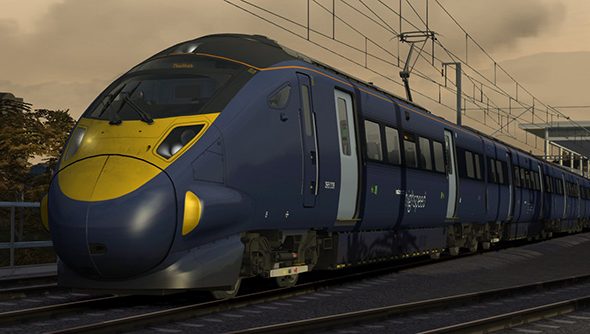 I’ve just come back from Chatham, known by many as “the Bristol of the east” and famed for being the administrative headquarters of the Medway unitary authority. Indeed, Chatham is the beating heart of the Medway municipal region, an historic naval town teeming with statues and dockyards and boats, forever struggling with the unenviable logistical complexities that come with being the district’s central transport hub. Chatham is a smoking cultural hotbed, a rapidly flickering synapse in the prefrontal cortex of the Kentbrain, and it is here that RailSimulator.com, the guys behind Railworks and, more recently, Train Simulator, have made their home.

(I had to use a train to get there, the irony of which made me smile for the entire one hour and fifteen minute journey. Unfortunately it was not the high-speed Javelin service pictured above, which actually serves the London to Faversham route that takes you to Chatham. You can’t see it, but the destination board in that screenshot actually reads ‘Chatham’, which I thought was a neat personal touch. So there.)

Train Simulator 2013 is about to become Train Simulator 2014, by means of a free update for existing players on September 26th. It’ll also come in a box, which I’m told will be sold in shops, because some people still buy games that way. RailSim invited me to Chatham to tell me about the latest update, about how the developer operates and interacts with its giant community of fans, as well as to talk openly and frankly about how to simulate a train. Their offices are big and breezy, you could probably fit an actual train inside them, maybe even drive it forwards and backwards a bit, and the meeting rooms each have their own train-themed name printed up on old station signage. RailSim’s studios are a neatly carpeted, open-plan monument to virtual locomotion. 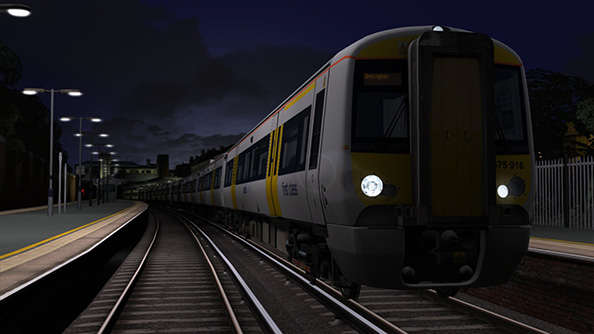 The update they’re showing is, among other things, attempting to address one of the biggest problems in simulators of this sort, one of presentation and accessibility, and avoiding looking like a hot mess of Times New Roman menu buttons and vast, intimidating and undocumented control panels. Train Simulator 2014 is stripping out the game’s antiquated menu screens and replacing them with sleek, minimalist, clicky boxes. It will come with a tutorial, instructing you at every stage of your locomotive piloting experience, from what to do at complicated signal junctions to how to open the doors to let passengers on. Even the editor, which is identical to the one the development team uses to create the default Train Simulator content, will have a transparent Google Earth overlay, allowing modders to use real world maps when designing their routes.

Those maps aren’t the only tools being used to recreate the real world routes. The developers at RailSim explained how they draw on a vast body of resource material available online when designing routes. Some are obvious, such as ordnance survey maps both modern and historic, and research trips abroad to amass thousands of their own photographs. Other methods are more surprising, such as the countless hours of cabin’s eye footage, found on YouTube and on specialist DVDs, that exist for almost every major rail route in the world. These videos, filmed from the driver’s point of view, can be used to place in-game scenery with near perfect accuracy. Roughly speaking, everything you see out of the cab of a train in Train Simulator is what you would actually see had you decided to become a train driver instead of a train simulation player. That’s baffling attention to detail. 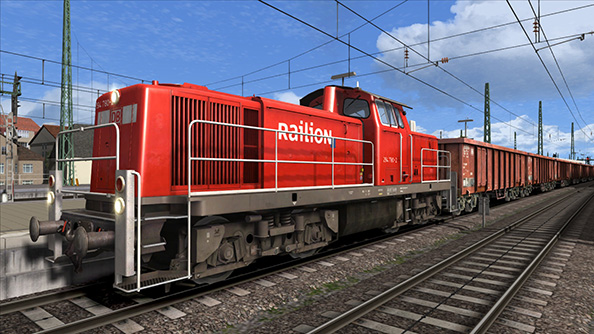 It goes further. Every train has its own distinct array of sounds, its own distinct horns, its own engine roar and rattle. Things beep urgently, but they beep with the genuine beeps you’d hear in a real-life situation involving that beeping. It’s all done to create a believable sim, but also to appease the game’s hardcore audience, the ‘rivet-counters’ as RailSim affectionately call them, who’d jump on any inaccuracies like rabid, pedantic dogs on a slightly incorrect fawn.

In return, the enthusiasts inform and instruct Train Simulator’s development in their roles as the game’s beta testers. In real life these folks are train drivers, rail engineers and spotters, all devotees of the subject whose collective train knowledge forms an invaluable asset to RailSim. In fact, community is of such importance to the company that they’re launching an improved portal to promote the best Steamworks projects and blog posts. Engine Driver will act as the central, social hub for players, providing development tool tutorials and assistance as well as thoughtful analysis of new content and a critical distillation of the ocean of additional content available (player-created add-ons dwarf even the gallery of official DLC available on Steam). 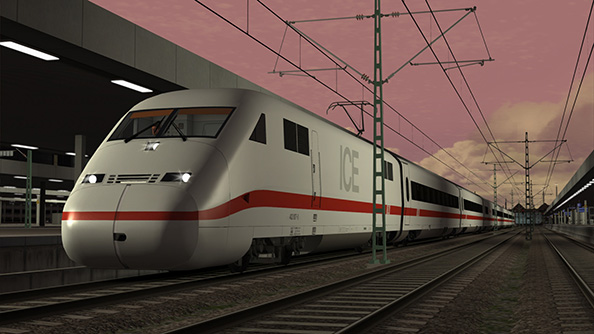 What else? A newly introduced career mode in Train Simulator 2014 will track your performance across scenarios, peppering you with medals and experience points, as well as tallying your scores alongside those of your friends. It’ll also look generally prettier, with better camera controls and all new lighting effects. The sim will also be getting Steam Trading cards, just in case you’re afflicted with that particular compulsion.

RailSim are coy about the future: yes, they tell me they have an Oculus Rift in the office (but don’t have plans to introduce support just yet), and yes, they are aware of a demand for more pointy Japanese bullet trains (they are “notable by their absence”, RailSim admit), but right now they’re a company keen to conquer the accessibility hurdle. They know that people like trains, they know that people like simulators, and they know that you tried to play Train Simulator that one time, got confused and gave up. Train Simulator 2014 is, among a host of other ambitions, trying really hard to make sure that doesn’t happen again.