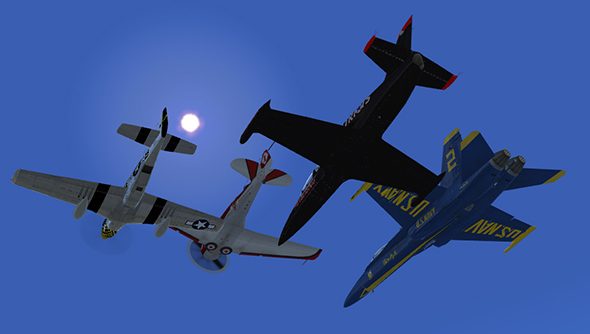 Saturday March 30th is a date that all fans of simulated aerobatic displays should be marking on their calendars with indelible ink, as it sees the 2013 NAF El Centro Air Show taking place, the traditional curtain raiser for the FSX Air Show Association yearly display schedule.

The association (known as FASA) was convened in 2010 by prominent display teams, including FlightSimN perennial favourites the FSX Blue Angels, the FSX Patriots Jet Team and the Canadian Harvards as a way to promote and improve the standing of all aspects of team and solo flying throughout the FSX community, be it through simply providing a place to exchange ideas with fellow enthusiasts, or by full on hosting of simulated air shows and providing advice on how to run your own. 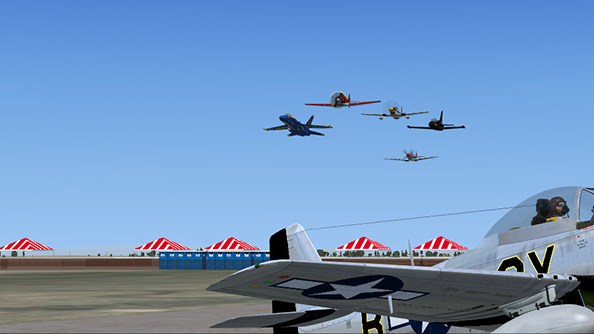 2012 saw FASA’s first ‘sponsored’ show taking place in El Centro, and although changes to the founding teams led to only one other show being run last year (Fleet Week 2012), the organising group has now reformed and is all set for a full schedule of shows throughout 2013.

Amongst the twelve teams taking place this weekend are the Angels, Patriots and Harvards, who are joined by, amongst others, The Aero Legends Virtual Aviation Museum, ‘Firestorm’ and four teams from the UK – the Virtual Tornado Demonstration team, the Virtual Vulcan To The Sky team, the C-27J Spartan Demonstration squad, and the FSX Red Dragons, the last three appearing for the first time at El Centro. 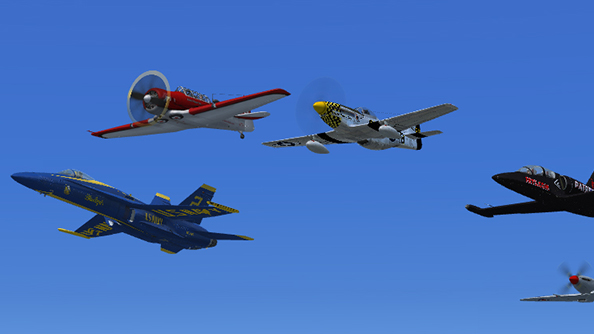 The entire show is being streamed live across the web via the Blue Angels Livestream page and begins at noon Eastern Standard Time (or 5pm for Brits) with a flyover from the Angels, before drawing to a close some eight hours later. There’s a full schedule below if you want to cherry pick performances, but a potential highlight (among the many) is likely to be the T-39 Sabreliner tribute performance honouring legendary US air show pioneer and the ‘founding father’ of modern aerobatics, Bob Hoover.

The full schedule runs as follows (all times are EST):