And you thought we were straying from the remit slightly with trains the other day. However, Infinite Scuba isn’t so far outside our purview, especially as the team behind it is comprised mainly of staff laid off from Microsoft’s ACES Studio – the brains behind the Flight and (original) Train Sim lines – when the big M$ decided it had had enough of all that realism stuff back in 2009.

Cascade Game Foundry was set up to “deliver unique experiences that appeal to diverse audiences around the world,” according to Rick Selby, CGF’s Creative Director. CGF hopes to provide users with reality-based adventure simulations, covering all manner of hitherto untapped areas. The first of these starts off with players exploring the undersea world previously home only to Jacques Cousteau, Bob Ballard, and fish.

Infinite Scuba takes place across a number of watery locations and is trying to deliver a “serene” experience by remaining as faithful to the real world of deep-sea diving as it can be (so no giant octopus attacks or submarine battles). Not every fish-filled paradise is available to begin with – players pay an initial low fee (approx. $9.99 at the time of writing), with more locations available as purchasable DLC. 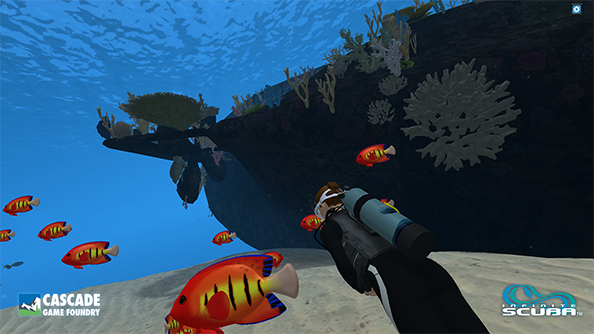 Equipment is also upgradable through microtransactions, with real-world scuba gear being simulated for divers to use while exploring shipwrecks, coral reefs and the numerous exotic wildlife found in the murky depths. As well as exploring for exploring’s sake, players can take undersea photographs and share them across social networks, which is a step up from posting your real-life holiday snaps on Facebook we guess.

There’s also an educational aspect to the game (come back) which ties into the fact its being used as part of the Sea Monsters: Revealed exhibit at the Museum of Science & Industry in Florida. 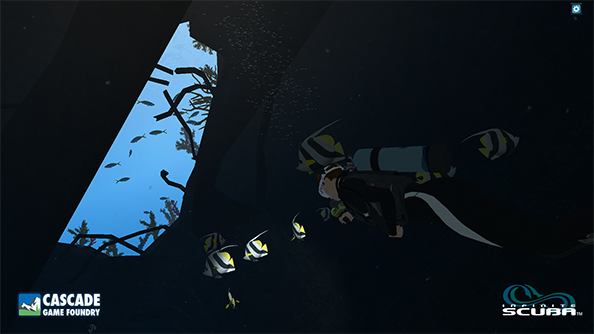 We’re all for ‘different’ experiences in our simulations, so we’ll see just how much a virtual aquatic ‘em up lives up to the real-world thrills of scuba lessons in the deep end of the East Crawley Leisure Centre on a rainy Tuesday night (free mocha with every cheese & onion pasty bought after 7pm).