The professional partnership of Jan Kaluza and Remi Crespo began, as I imagine most game studios do, with an open request for technical help in the Unreal Engine forums.

“Back then I actually had a company that I was running,” Crespo tells us, “and I was trying to figure out a Material question in relation to a project that I was working on.”

Kaluza answered. And then, rather than abandoning the thread and continuing on with their lives, they struck up a friendship. Kaluza became a contractor on one of Crespo’s projects, and soon enough they were speaking every day. Now they are making a game together as Broad Strokes.

“We actually haven’t met in person, which isn’t weird at all,” Kaluza jokes. “But we’re actually planning to change that next year at GDC.”

In the meantime, they have their heads down working on Floppy and the Sleepy Planet – a 3D platformer with a touch of Worms. So to speak.

Anatomy of a jump 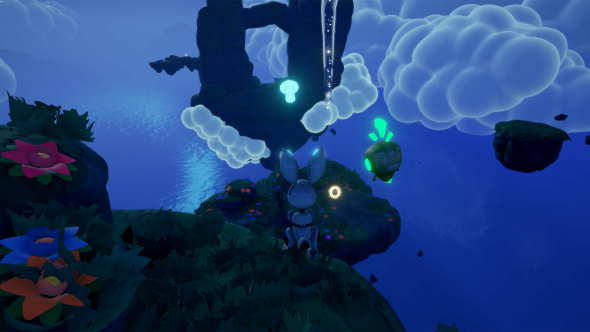 You will know what it looks like – the orange plume that emerges from the end of a bazooka in any Worms game, representing the velocity of the object you are about to send arcing over the map. Broad Strokes have borrowed exactly that for the bounce of their rabbit, Floppy.

Originally, this charged jump was the only way of getting around in the game. At that stage, Kaluza liked to refer to Floppy and the Sleepy Planet as the “Dark Souls of platformers” – a game which demanded incredibly precise jumps, but gave you as much time as you needed to make them.

“You can see the target. Maybe it’s moving a little bit. Maybe you are moving a little bit as well. So you have to calculate for the trajectory and timing and so on,” Kaluza elaborates. “It was kind of like a golf game where you’re both the stick and the ball.”

However, the devs have since decided they would like Floppy to be a more accessible, family-friendly game befitting its art style. The charged jump now forms part of a more familiar moveset of hops, skips, and jumps that takes momentum into account.

“Everything we’re doing right now is to support that,” Kaluza says, “to make it feel really satisfying to move around.” 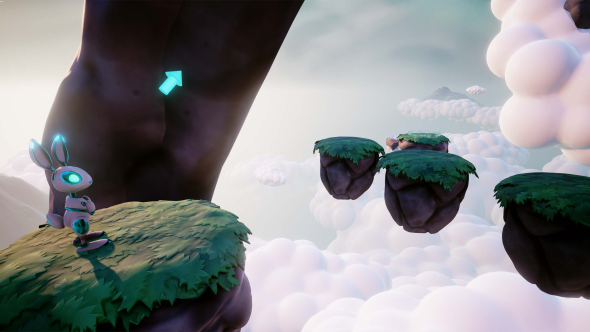 Crespo is tasked with taking that slightly peculiar set of mechanics and building a world to fit.

“Jan was nice enough to create a jumping arc tool, that would show me the exact angle and distance Floppy can make certain jumps,” he says. “Having that tool has helped us when prototyping out a lot of our design, and still helps us when we’re developing out levels. It is [always] technically feasible to make these jumps, but some of them are more difficult than others.”

When I mention ‘early Tomb Raider syndrome’ – i.e. jumps which, although possible, require such granular control as to become infuriating – the pair laugh knowingly. Useful though those tools undoubtedly are, it turns out there is no substitute for player testing. Kaluza often plays through Crespo’s latest creations, detailing what he likes and dislikes, before the two iterate on their designs. They are both searching for the perfect curve.

“Games are all about learning the curve, and it’s all about finding a happy balance,” Crespo says.

“The most difficult thing about designing levels for this kind of game is getting the pacing right,” Kaluza adds. “That you have that feeling of escalating challenge, but still make sure that the player can handle it while you introduce new mechanics and wrinkles.” 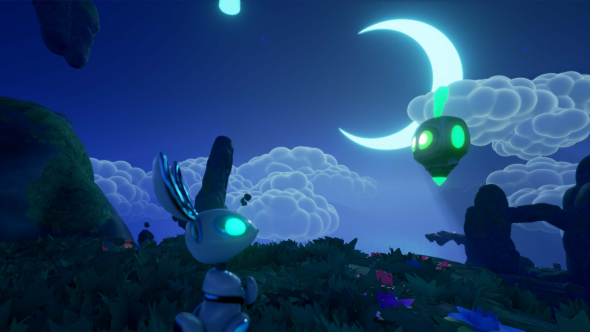 As Broad Strokes continue to iterate on and perfect their movement and levels, they have begun to experiment with environmental mechanics like bouncing surfaces and wind. The two developers have built an interface for Floppy in which they can apply physical effects to the character.

“Anything in the world can, for example, exert a force on the character,” Kaluza explains. “And that can be a volume of wind, if you’re in a mountainous area. We’ll have some wind visual effects to indicate there is an updraft.”

That same interface allows for environmental furniture like jump pads – a platforming staple. 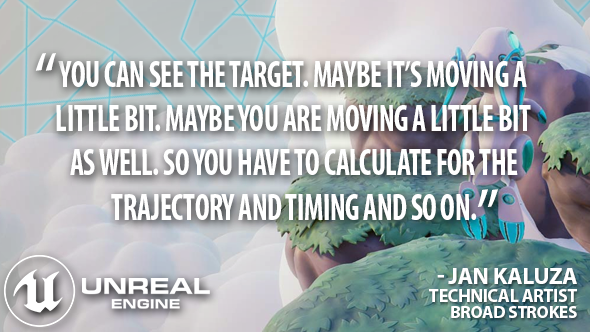 These are the kind of concerns that, if Kaluza and Crespo have done their jobs right, you will not find yourself thinking about for even a second while hopping through Floppy and the Sleepy Planet – instead concerned with the trajectory of that next bazooka-like jump.

Floppy and the Sleepy Planet is coming to the PC. Unreal Engine 4 is now free.

In this sponsored series, we’re looking at how game developers are taking advantage of Unreal Engine 4 to create a new generation of PC games. With thanks to Epic Games and Broad Strokes.