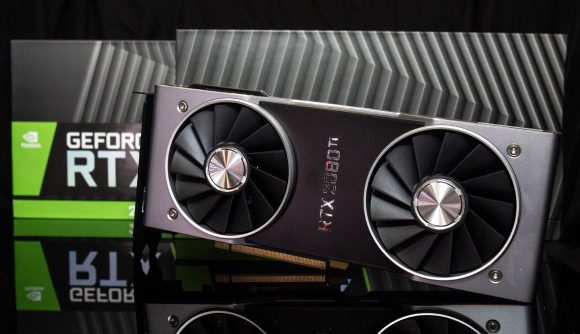 [email protected], a computing project that brings its users’ PC resources together in a web of disease-busting research, has announced that it has “crossed the exaFLOP barrier”, meaning its network is performing over one quintillion floating-point operations per second (FLOPS).

This unprecedented upscaling of its operational performance is no doubt due to the surge in its user base who have put their PCs to the task of helping research the novel coronavirus COVID-19. To put it into perspective, though, this exaFLOP performance would be the equivalent of roughly 74,763 Nvidia RTX 2080 Tis operating together at their full capacity.

All graphics card nonsense aside, this is really, really impressive, and might go some way towards helping us understand the virus at the heart of the current pandemic. [email protected] uses a web of PCs to model diseases in order to figure out how to combat them. Its users can be a part of the effort to discover how COVID-19’s ‘spike protein’ binds to receptors in the lungs. If this can be discovered, it can be combated.

[email protected] also has ‘team’ functionality, meaning you can make your own contribution count towards a certain group’s performance. Perhaps surprisingly, this is a situation where adding a competitive element is actually rather tasteful and positive. A bit of light-hearted competitiveness to help push those overall numbers up into exascale territory isn’t bad at all. Curecoin is currently sitting at the top of the leaderboard, followed by [email protected] and others.

If you want to take part in all this, you can lend your gaming PC to help fight Coronavirus with [email protected] by going to its ‘start folding’ page.