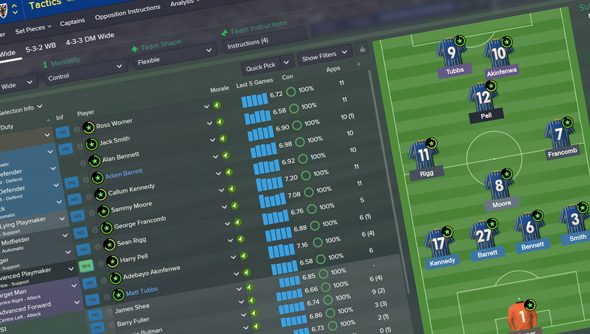 For years, Football Manager has influenced the signings of Premier League teams – and earlier this year, Sports Interactive’s database of player data was officially incorporated into Prozone Recruiter – a piece of software clubs rely on for stats.

So how did the world’s most slavish football simulation come to steer the course of the game? According to studio head Miles Jacobson, Sports Interactive’s 1,300 international scouts have built them the “biggest scouting network in football”.

“Our data is well known for being accurate,” he told PCGamesN. “Sure, we make a few mistakes but not as many as Alex Ferguson with his signing policy.”

“Football’s an expensive business,” explained Jacobson. “You get literally thousands of agent videos a month sent to football clubs trying to sell players.”

Using Prozone, the clubs can now ease that process by delving into Sports Interactive’s database in more depth than we can in-game, gleaning information from respected scouts watching players “week in, week out”.

It’s an improved version of a cheaper system clubs have relied on in the past – paying the £40 for an annual copy of Football Manager.

“Football clubs have been using Football Manager for years anyway,” Jacobson told our Jules. “They’ve been using the game as a reference tool.

“We’ve always known that it was a great resource and have been told that unofficially over the years. To have it be used officially is fantastic – it shows what a great job our research team have been doing, but also how seriously the game is taken within football.”

Some of those enhanced search tools have made their way into Football Manager 2015, out on November 7. Will you be testing them out this Friday?