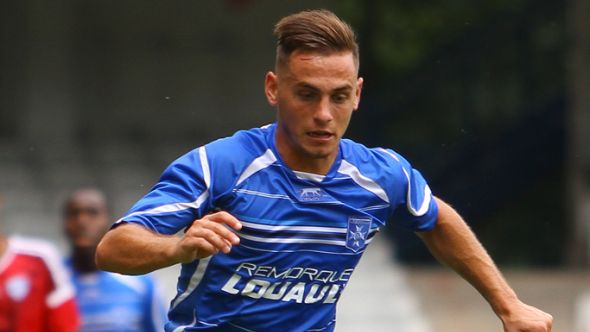 An error in Football Manager 2017 encouraged the Bolivian national football team to ask a player of French and Spanish descent to play for them. Ruben Aquilar is currently playing for Ligue 1 club Montpellier, but was approached by Bolivia’s management.

Football Manager 2018’s Dynamics system makes it more important than ever to win the dressing room.

For some backstory, Bolivia don’t have a very good football team. They last qualified for the World Cup back in 1994, and they won’t be heading to Russia for the 2018 tournament. So imagine their excitement when they found that the Football Manager 2017 listing for Ruben Aguilar said he was eligible to play for the South American country’s national team.

The player’s profile on the most recent iteration of the management franchise says he is half-French, half Bolivian. Under FIFA rules, a player of dual nationality is allowed to choose which country they play for. Thinking Aquilar was part Bolivian, and having seen him performing well for his club this season, the team eagerly reached out to him.

The only issue stemmed from the fact that Aguilar is in fact not Bolivian at all, having been born to a French mother and Spanish father. He doesn’t own a Bolivian passport, and as such he isn’t eligible to play for the team. That was made abundantly clear in a post on Facebook, which confirms his ineligibility.