Somewhere in east London, on the outer regions of the Olympic Park, there’s a shrine to football. Nope. Sorry, West Ham fans, I’m not talking about you, I’m talking about the brand-new offices of Sports Interactive. Here, in a building shared with Champions League broadcasters BT Sports, the finishing touches are being applied to the imminent release of Football Manager 2019. And what a building it is. Game’s not bad, either.

When arriving at Football Manager HQ you’re immediately greeted with signed shirts of both AFC Wimbledon and Watford Football Club – the two most prominent football clubs that the game’s parent company sponsor. The former is the longest sponsorship in league football, the company’s logo having adorned the team’s shirts since the club was formed on Wimbledon common in 2002, in the wake of the corporate mugging that saw the original Wimbledon FC become Milton Keynes Dons. The latter is the lifelong passion of Sports Interactive don Miles Jacobson.

More on him later. First I have to work out if I can get this signed Brazil shirt off the wall and into my rucksack without Jacobson, or anyone really, noticing.

Every patch of wall in this office is covered in signed football shirts. They range from the lowly – definitely spotted an Enfield Town shirt – all the way up to the England 1966 World Cup winner’s shirt by the photocopier. Where there aren’t football shirts, there’s a timeline spanning the life of the most iconic of football management sims. 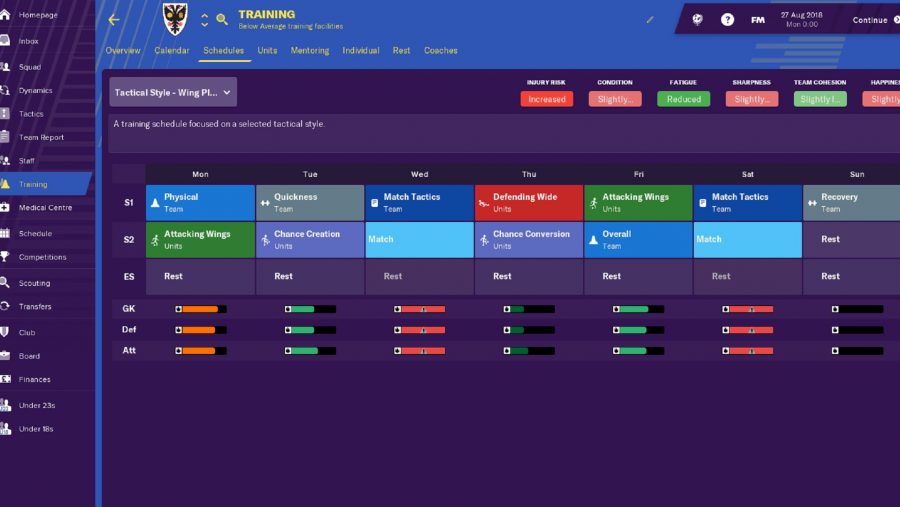 It starts with a framed letter of rejection from Electronic Arts to the Collyer brothers, Oliver and Paul, creators of the original Championship Manager, a game that would in time evolve into the current title. It’s dated June 10th, 1991, and pays off with the line – which is added as a footnote in pen, the words punctuating the three hundred typed before it outlines the unsuitability of the brothers’ fledgling game – ‘Your discs were infected with the Lamer II Exterminator Virus’.

“We’ve come a long way since then,” Jacobson tells me, leaning back on his office chair, a box of Curiously Cinnamon cereal on his desk. There are more stuffed Pokemon toys than I expected before entering too. “I strongly believe that even after 26 years of doing this,” Jacobson says, “that this is the best version of Football Manager we’ve ever done, by some distance. We’ve always been great at what we do. Sometimes we’ve even been brilliant. This year I think we’ve been exceptional.”

I only played Football Manager 2019 for a couple of hours, but Jacobson might have a point. From the off, the new edition feels intrinsically Football Manager, it doesn’t take long at all to enter the groove that’s resulted in failed degrees and truncated relationships (even a book written and a documentary made on these exact subjects), but the new additions certainly add something significant to the experience.

Deal or no deal

So much minutia goes into Football Manager. Altitude effects how players play. Weather can play havoc with your season’s fixtures. This year, Sports Interactive has even simulated the effect that Brexit would have on the UK football industry. Not only that, but it's submitted their findings to the UK government. No response has been received as yet.

Training has been radically overhauled. No longer is your time spent on the practise pitch a weekly or pre-match concern. Now you can schedule 40 different drills into three daily slots. The same goes for tactics, though the game does hold your hand more than in previous years, it suggesting systems (tika-taka, catenaccio, all the greats) that would suit your style, with tinkering encouraged. Again the interface goes deeper, with you needing to decide systems to engage for players with the ball, without the ball, and the moments in between. “Immersion and suspension of disbelief,” Jacobson says. “Those things are crucial to what makes Football Manager what it is.”

“This edition is huge for us,” he continues. “We’ve got new offices, new branding… and we’re finally getting into Germany. We’ve been trying to get the Bundesliga licence for over a decade so it really is massive for us. Previously, I couldn’t even go to Germany and promote the game without getting into trouble. Handing out a business card was deemed promotion. Now I’m eating a lot of currywurst.” 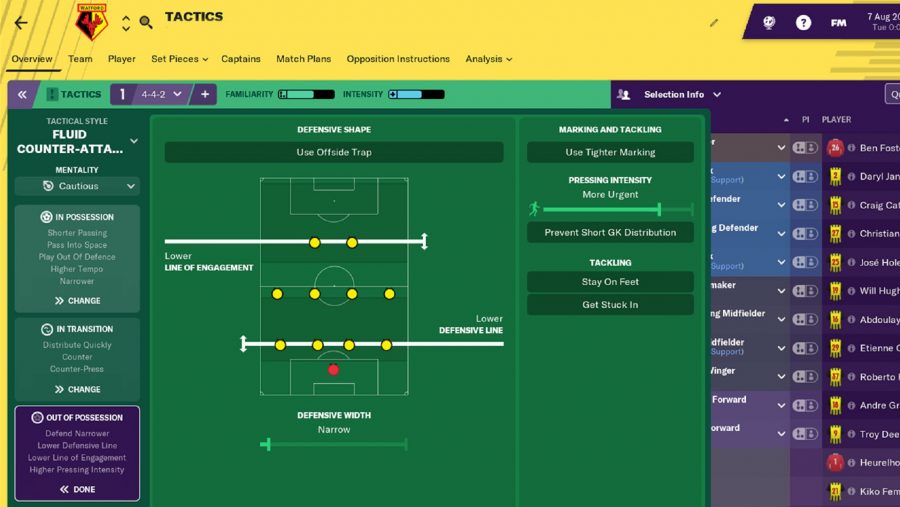 The importance of securing this licence is indeed seismic. Unsurprisingly, Sports Interactive has sponsored yet another club, Germany’s very own Bayer Leverkusen. “There’s 80 million football managers in Germany,” Jacobson says. “It’s a market that is massively into strategy games. As well as the opportunity to entertain a whole load of new people, there’s the possibility of higher development budgets, which is very exciting.”

The Bundesliga has influenced changes in Football Manager 2019 elsewhere, too. As video assistant referees are the standard in the German league they’re available in this year’s iteration of the game. There’s also a new induction module as the Bundesliga should attract new audiences who will need help getting versed in how the management sim works.

“With tactics, the more inputs we have going into the AI – every player makes a decision every one quarter of a second, sometimes every one eighth – the more realistic the matches are,” Jacobson tells me. “That’s something we’ve wanted to do for a while, but we’ve long wanted our tactics system to be more in-depth too. I don’t think we’ve ever really got the amount of control you hold over your players right – there’s either been too much control or not enough. I think we’ve found the hallowed ground now. It’s deep, but it’s usable, and it’s fun.”

While you can assign your team three training sessions a day, Jacobson suggests holding back. “Don’t use the third one too often because your players will become knackered and complain,” he says. “Or you can get your Assistant to do it all. They can set up the basics and you can tweak it. It’s all about finding the right combination of depth, realism, and fun.”

And training? “That’s a bit different,” he says. “I don’t think we’ve ever got that right! We’ve either made it too complicated – I worked with the footballer Ray Houghton on Championship Manager 4, which was very realistic, but I swear you needed your coaching badges to be able to use it. Or we’ve had systems that have been pretty pointless because you just had no control at all. Now, you can go extremely in depth with the three slots a day.”

You should know that on the aforementioned wall timeline in the Sports Interactive offices, after all the game’s landmarks, all the game’s sales figures, all the evidence of the game’s cultural impact, when it reaches the modern day, there’s a space. It’s a big space.

“I have a schedule for the next three years with things I want to do with the game,” Jacobson says. “I’m not going to tell you what it is, but there’s something we’re adding next year that we’ve had someone working on for two years now.”

It seems Sports Interactive is still growing in big ways. Recently, a chief operating officer was brought in, who previously worked at Disney, to help take some of the day-to-day tasks away from Jacobson. Many of the people in the team recently got promotions, too. Jacobson sees this as a new era for Sports Interactive. If Sports Interactive 2.0 was when Championship Manager became Football Manager, 2.2 was when Sega bought the company, he reckons the company is now entering its 3.0 phase.

“We’re not finished yet,” Jacobson says, smiling, the white paint on the space at the end of the timeline looking brighter than ever. “We still want to make the greatest videogame ever.”