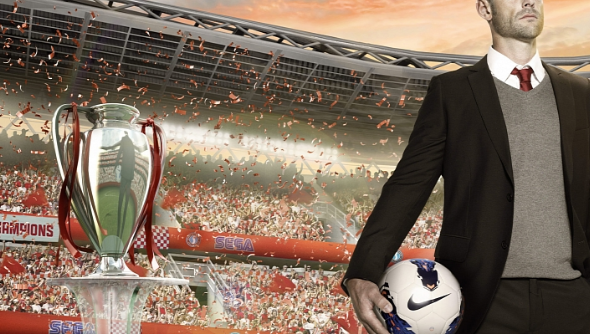 If you’re a budding manager of all things football, you no doubt already have this year’s iteration of Football Manager on pre-order from an outlet of your choice. The good news today is that if you did indeed pre-order, then from right this second you can be bossing around players and buying news one in the beta version of Football Manager 2014.

To get into the beta, you need to head on over to steam and activate the beta uisng the ‘Activate a Product on Steam’ button. How do you do that? Well you’ve probably been emailed a code if you pre-ordered online, or were given one if you ordered from a bricks and mortar shop. Throw that code in steam, and you’re live and kicking.

This pre-order incentive sounds a lot like what we’d call a ‘demo’ back in my day, although in those years of glee you weren’t required to actually buy the game beforehand (they used to come sellotaped to the front of magazines on CDs). It’s a sad state of affairs that pre-order closed betas are replacing demos left, right and centre, but if you’re hyped for the game in question, you do at least get to play a decent chunk of it before release day.