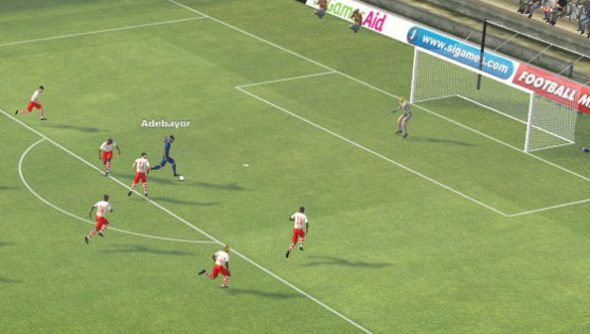 Football Manger 2014 will be the first entry in the series to support Linux. Better than that, a single purchase of the game will be compatible across Windows, Mac, and the penguin-friendly Linux.

Also, since its release last November, Football Manager 2013 has gone on to become “the best selling game” in the series.

The news came via a Facebook announcement from Sports Interactive’s studio director Miles Jacobson: “So the promised snippet of #FM14 news. As well as being on Mac & Windows, it will also be on Linux. With crossplay. One price for all 3 – so if you have a Macbook, Windows laptop and Linux desktop (for example) you’ll be able to play the game on each of those machines via Steam.”

The same announcement stated that the skew of Linux they’d be supporting would be Ubuntu 12.04 (LTS).

As to the sales numbers, Jacobson said “I am delighted to announce that #FM13 has just become the best selling game in the Football Manager series. Thank you so much for all your support!”.

Sports Interactive still aren’t talking features or release windows for the 2014 edition but be sure that we’ll let you know when they do.