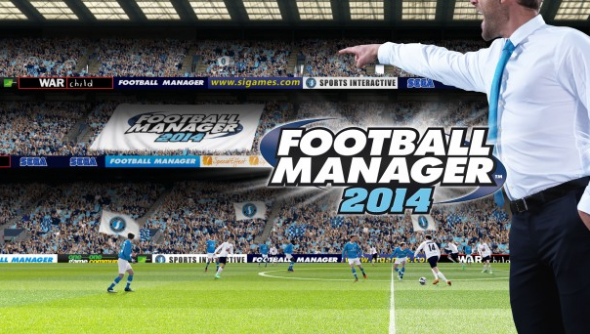 Today was the big kick-off day for football managers across the country. Yet for some of those budding managers, their day was ruined. Not by players being rained off the pitch or the ball being improperly inflated, but by technical issues marring the activation process of Football Manager 2014 on Steam.

Some players’ beta failed to update to full retail release, whilst others failed to be supplied with a retail release code altogether. Another group of players were region locked out of the game. It’s another ‘launch disaster’ for 2013, but don’t fret too much. Sports Interactive are aware of all the issues and are working hard on getting them fixed. SI team members have been addressing forum users all day, and hopefully resolutions are on their way.

We investigated a little ourselves, and have the fullest picture we could paint for you.

Did you buy from a retailer? (GMG, Amazon, Game .ect)

The first problem that seemed to be cropping up across the Sports Interactive forums and the wider internet relates to players with retail copies. If you pre-ordered Football Manager 2014 from a shop – online or brick-and-mortar – then this is you. Players have reported that their beta access was working fine, but now the full game has been released, the beta has not changed/updated to a full game version. We asked the guys at Sports Interactive for some clarification, and they explained to us the situation:

“Anyone who didn’t pre-order the game through Steam or Metaboli should have received two codes: 1 for the beta, 1 for the full game. These may not have come at the same time. Any consumers who are having issues and don’t think their second code has arrived should contact their retailer directly for clarification.”

If this is the situation you’ve found yourself in, then make sure you’ve used your full game code and not just your beta code; the beta code will not upgrade to the full game. Check your emails and retailer accounts carefully to make sure you’ve aquired and used the second code.

If you have inputted your full game code but still can’t get into the game, then Sports Interactive suggest restarting Steam and verifying the game’s cache. You can do this by following these instructions. If this fails to solve your problem, there might be an issue with the code you were supplied. If you believe this to be the case, or believe that you were never supplied with a second code at all, then you should contact the retailer who sold you the key.

Did you buy from Steam or Metaboli?

Another problem reported by players is the issue of Steam pre-purchases failing to update to full-version status. Unlike retail keys, the Steam version will have downloaded as a beta to begin with, but then automatically upgraded to the full version using Steam’s auto-updates feature. When you start Steam the client should automatically start downloading version 14.1.2. If the game is failing to update, then Sports Interactive recommend first restarting Steam, and then verifying the cache data. You can do this by following these instructions.

Are you suffering a region lock?

The third problem that’s been reported today is that players are experiencing region locks with the product. Notable regions where this is occurring is Brazil, Portugal and Singapore. Players have purchased keys from places such as Green Man Gaming and Amazon, only to discover that these keys do not work in their regions, despite there being no warning of region locks beforehand. Sports Interactive suggest talking to the retailer to resolve these issues, as they may have sent out region locked codes by mistake and may be able to offer a code suited to your region.

It’s still early hours yet for Football Manager 2014, and whilst you may have not been able to play today, from the efforts Sports Interactive are making it appears that it won’t be long before issues are fixed and play can resume. If you’re confident that you’ve entered your retail full version key, or that your Steam key should have updated, just restart Steam one more time and verify the cache one more time. If that doesn’t work, then now might be the time to fire off a polite note to Sega’s support page.