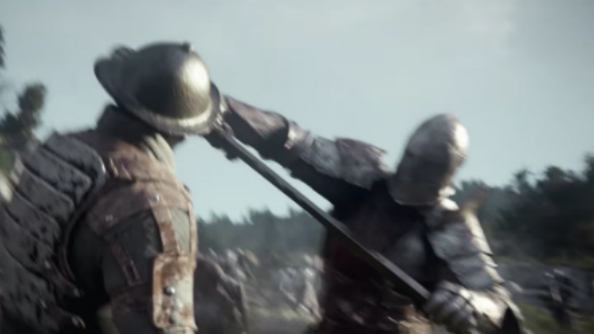 How does a water shortage lead to samurai, vikings and medieval knights cutting each other into chunks? Ask Ubisoft, because frankly I’m none the wiser after watching For Honor’s new cinematic trailer from the Ubisoft E3 2016 conference. It looks as ridiculous as it does brilliant.

But I’ve chinwagged enough about it. Make your own decisions:

The cinematic introduces chief antagonist Apoleon, and sees the world go to all hell after a water shortage. That sets the scene for For Honor’s solo campaign mode, which looks like good old-fashioned hack ‘n’ slash stuff. The burly Viking demoed in the 10-minute playthrough below looks a bit slow and unwieldy, with a few too many frames between animations, but that may be down to his class.

It gives a good insight into the variety of play Ubi are baking into For Honor, which includes grappling up walls, and hurting people: