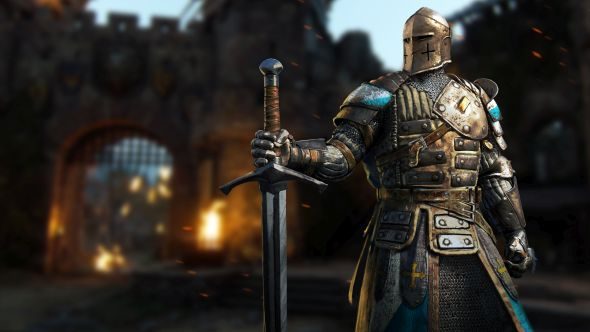 Ubisoft’s hyper-weird, could-be-brilliant medieval combat sim For Honor will enter a public alpha testing phase on September 15, ahead of release on February 14 next year. This was revealed in the trailer you see above.

More from the PC at Gamescom on our front page.

To say I amwell into For Honor would be a bit of an understatement. I think it looks like it could be absolutely brilliant, and an early alpha/beta testing phase is going to help bring the gameplay to the spot the ridiculous premise and hilarious plot requires. The bad guy is called Apollyon, for goodness sake.

The Battle Rewards Program they’re running pre-release offers not only possible access to the alpha and any further testing phases – no details on lengths yet, though a beta is also mentioned – but the chance to win some of the ever present gaming swag too. Hit up the official site to register.