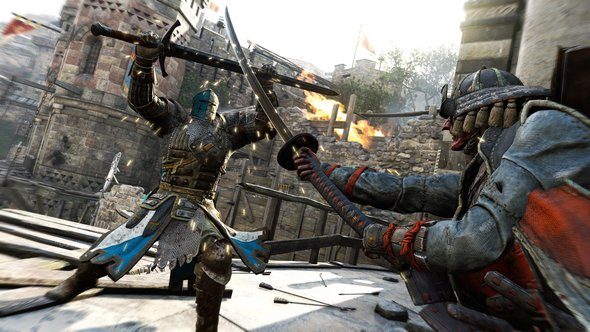 Ubisoft are addressing the issue of rage-quitting in their medieval maul-em-up. The problem has been difficult to deal with up until this point, mainly because of the game’s network instability which would randomly boot players from matches. This has unfortunately led to brawls where most of the team has absconded, either willingly or due to laggy peer-to-peer connections.

I’d highly recommend using a controller to play For Honor. Here’s a list of decent ones for your consideration.

As of the next patch, For Honor will be penalising players who deliberately disconnect before a match is over. Concerns about unfair punishments have also been addressed, with Ubisoft insisting there will be a system in place to track whether an error caused the disconnect, or if a player simply hit Alt+F4.

Other points of note include the introduction of colorblind options. For Honor’s point capture mode requires you to be able to quickly denote between two different colors, so this will come as a relief to those who struggle with it. There will also be a fix for the reflex guard bug which has caused so many players to get hacked to bits whilst defending in the wrong direction.

You can check out the full list of changes over at Reddit. If you want to get medieval on your friends, head on over to Steam and grab a copy of For Honor. It’s currently priced at $59.99/£39.99.