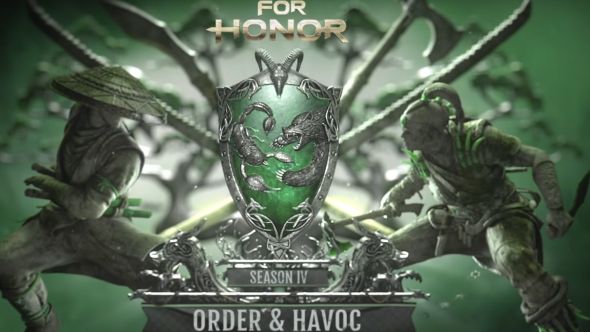 Ubisoft have announced a new For Honor season. The brawler’s fourth season, Order and Havoc, will arrive on November 14, bringing a new game mode and two new heroes.

The samurai will be joined by the Aramusha, a hybrid that uses fast attacks alongside even faster defenses. Meanwhile, the ranks of the Vikings will be joined by the Shaman, who goes into battle wielding both a hatchet and dagger. The Shaman gets stronger when opponents are bleeding, allowing them to use abilities to heal themselves, and leap onto opponents. The new heroes will be available for free for Season Pass holders from November 14. They’ll unlock for everyone else on November 21, and will cost 15,000 steel each. You can take a look at them both in the teaser trailer below:

The new game mode is Tribute, an objective-based 4v4 map where players need to work together to gain control of ‘offerings’ placed around the map. Once they have control, they need to deliver it back to a Shrine, where it will offer buffs that range from a boost to attack, to the ability to see opponents on the map.

Finally, there’ll be two new maps – Market Town contains a zipline that allows you to drop onto unwitting foes below you, while The Gauntlet returns to the north with the biggest Viking map so far.

You can check out a full rundown of the Order and Havo update in the video at the top of the page. Ubisoft will be running a free weekend for the game from November 9 to November 12, with the game available for up to 60% off throughout.