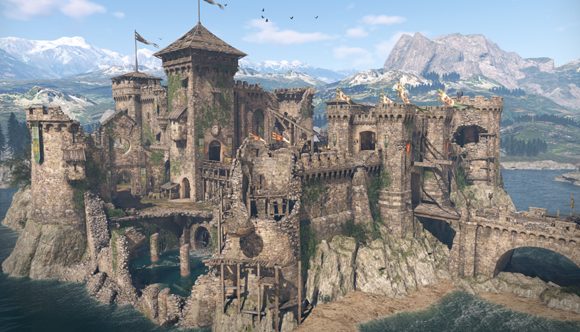 Ubisoft have revealed that For Honor Season 7, titled ‘Storm and Fury’, will be released next week on Thursday August 2.

The new free update will include a brand new map, Secluded Keep, which is described as “once the personal retreat of a pious Lord surrounded by water, it is now a highly disputed outpost.” This new watery fortress, surrounded by a deep moat (and with several spots to fall into it from) will be available in Tribute, Skirmish, Elimination, Brawl, and Duel. Ubisoft are also making major Hero changes to Warden and Valkyrie, based on player feedback, and are preparing a big revamp of the Ranking System.

The team are adding two new divisions at the top of the Ranking System, Master and Grand Master, which they describe as being “reserved for the fiercest warriors.” There will be a new ranking leaderboard, and players will be able to join Ranked Duel matches outside Tournaments – which will now be triggered on rotation at the end of the week. There is also a permanent 30% discount on all battle outfits.

Ubisoft will reveal more info about Season 7 on their For Honor Warrior’s Den livestream show at their Twitch channel, which takes place on August 2 at 09:00 PT/ 17:00 BST / 18:00 CET.

This update comes in advance of the big Marching Fire expansion for the game, which drops on October 16 and adds the new Chinese Wu Lin faction, a new 4×4 mode called Breach, and plenty of other features.