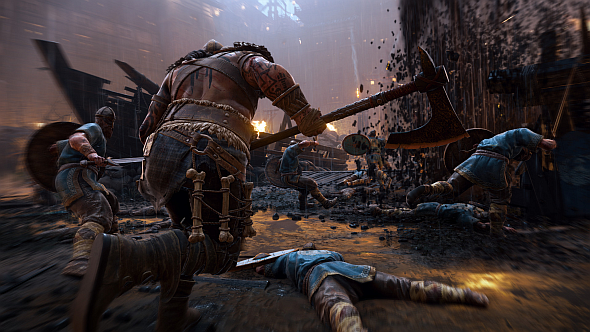 For Honor’s second season, Shadow and Might, is now available. It adds two new heroes, two new maps, new customisation options for all heroes and a few gameplay tweaks.

What will the new roster look like? Here’s our For Honor class guide.

In accordance with Ubisoft’s content policy, maps and gameplay tweaks will be free to all players, but you’ll need to pay for the new heroes. Holders of the season pass can get them now, but for other players they will be available for purchase on May 23. Each will cost 15,000 Steel.

The Shinobi is an assassin class for the Samurai faction. With a variety of flips and rolls, they are very agile, but have low health and struggle to perform defensive counters. Their weapon is the kusarigama, a traditional Japanese weapon made of a sickle attached to a chain. This gives the Shinobi the longest attacking range of any hero.

The Centurion is a hybrid class for the Knight faction. They are close-quarters melee fighters who specialise in bypassing defences, draining their opponent’s stamina, and punishing staggered foes with high-damage heavy and jumping attacks. They wield a gladius.

The new maps are Forge – representing the brute force of the Knights’ war machine – and Temple Garden, a once-beautiful setting turned into a Samurai battlefield. Both maps are available in all modes.

Shadow and Might will also increase the maximum gear score to 144 and revamp the game’s gear system, scrapping redundant or useless stats and addressing overpowered builds. Nine new territories are also added to the Faction War.