Playing Forgotten Anne feels like controlling the works of Hayao Miyazaki. Gorgeously animated cutscenes segue into gameplay, the wonderful art shifting frame by frame in response to your inputs. You guide Anne, from a side-on perspective, through a mysterious dimension filled with sentient boots, teddy bears, suitcases, lampshades, and other forgotten belongings.

Take a look at the best indie games of the moment.

These ‘creatures’ are known as Forgotlings – the possessions of humans that are cast aside and left to drift in some strange dimension called the Forgotten Lands. Somehow, Anne – one of the few people who exist here – is also trapped in this place. How she found herself here, and what ‘here’ even is, are the core mysteries of this beautiful Square Enix Collective title.

Forgotten Anne’s world runs on an energy known as Anima, a power source needed to get Anne and her master, Bonku, back to the human world. The game kicks off with a terrorist attack taking down the power grid, causing the city’s gates to clamp shut, the trains to stop working, and all the lights to go out. Anne is tasked with getting the Anima flowing again so she can track down the perpetrators and, eventually, get home. 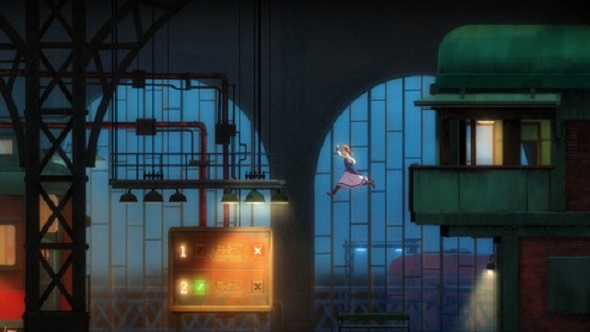 The first thing you have to do is bring her house back online so she can talk to Bonku via a magic mirror. Anne has a gadget strapped to her wrist called an Arca that allows her to transfer Anima energy. A simple puzzle involves her taking the Anima from an unused tank then popping it back into the power supply to get her house back online. Later on, these puzzles increase in complexity, asking you to pipe the energy to different sections of an environment in the correct order, flipping switches and redirecting the flow so you can traverse elevators and other platforms.

Platforming here is reminiscent of Another World, from the way you sprint to how you jump and cling to ledges, even down to the input delay of Delphine Software’s classic adventure game. This is a result of the game having hand-drawn animations, but it is a tradeoff: it looks incredible in motion as a result. 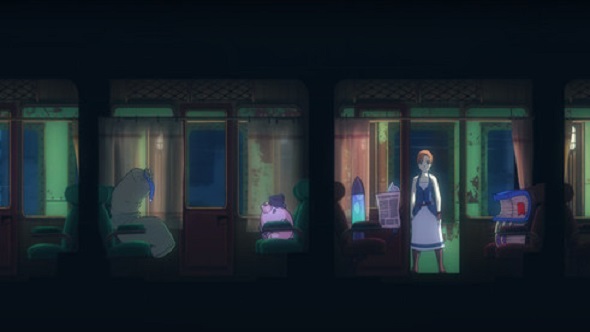 On top of the platforming and puzzling, Forgotten Anne often puts you in morally dubious positions, like right at the start: are those terrorists actually terrorists, or are you the bad guy? It is telling that the game never calls them terrorists – they are referred to as the rebellion. A simple dialogue interface allows you to guide the story where you want it to go, while the game mechanics also play into this branching morality system. Short on Anima energy? You can always hoover up some non-compliant Forgotling and use their lifeforce to proceed. This process is not called killing – Anne coldly refers to it as ‘distilling’.

Following the tutorial, Anne gains the ability to jump vast distances with a set of magical wings. These also need to be powered by Anima, so expect the game to leverage these interlinked mechanics later on to make you hate yourself for killing a moccasin slipper. I only got to play just over an hour of Forgotten Anne, but its premise is packed full of potential, its puzzles are enjoyable to solve, and its art style rivals the charismatic visuals of Cuphead – a character who Anne might well distil into liquid to power her kettle, I suspect.