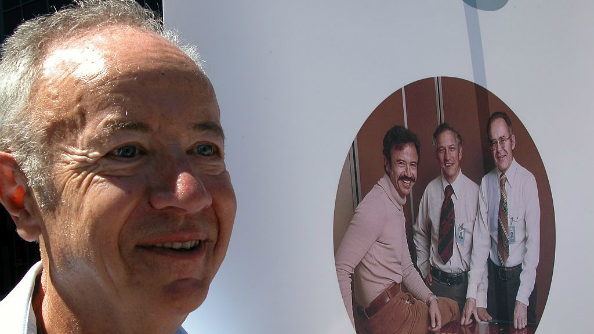 Andy Grove, the first hire Intel ever made and former CEO of the tech giant from 1987 to 1998, has passed away at age 79. Grove was born in Budapest, Hungary on 2nd September 1936 (born András István Gróf) and endured oppression from Hungarian fascism, Nazis, and Soviets in his early life to become one of the most powerful and influencial figures in the tech industry.

Grove joined Intel at its formation in 1968, when former Fairchild Semiconductor personell Robert Noyce and Gordon Moore left to form the own company and made Grove their first hire. Grove was initially employed as director of engineering, before being appointed CEO of the company in 1987 and its CEO and chairman in 1997.

Grove stepped down as CEO in 1998 having been diagnosed with prostate cancer, but remained on the board until 2004. He’s credited as being central to the company’s transformation into the largest semiconductor producer on the planet, and during his time as CEO Intel’s market capitalisation increased 4,500% from $4 billion to $197 billion.

He was Time’s Man of the Year in 1997, one of too many accolades to list here. In 2006, he donated $26 million to City College of New York, who used the donation to create the Grove School of Engineering.

Grove’s caused of death has not yet been disclosed. He was diagnosed with Parkinson’s Disease in 2000. He’s survived by his wife of 58 years Eva, their two children, and eight grandchildren.

Speaking about his early years in a memoir, Grove reflects on the oppressive forces that came at him from several directions:

“By the time I was twenty, I had lived through a Hungarian Fascist dictatorship, German military occupation, the Nazis’ “Final Solution,” the siege of Budapest by the Soviet Red Army, a period of chaotic democracy in the years immediately after the war, a variety of repressive Communist regimes, and a popular uprising that was put down at gunpoint. . . [where] many young people were killed; countless others were interned. Some two hundred thousand Hungarians escaped to the West. I was one of them.”

Grove was idolized by many across the tech industry throughout his career, including Apple’s Steve Jobs. Today, current Apple CEO Tim Cook is one of many to share their thoughts and condolences on Grove’s passing on Twitter:

Andy Grove was one of the giants of the technology world. He loved our country and epitomized America at its best. Rest in peace.

I’m sad to hear that Andy Grove has died. I loved working with him. He was one of the great business leaders of the 20th century.

RIP Andy Grove, took @intel & its microprocessors to the top, and kept them there: https://t.co/qLDddEDlhe