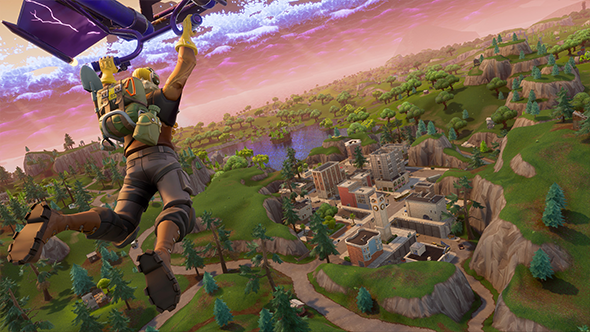 The long-awaited map update to Fortnite Battle Royale will release tomorrow. The French Fortnite Facebook Page posted last night announcing that the new map would be available from Thursday, January 18.

Find out more details about Fortnite Battle Royale’s new map in our interview with the designers.

A translation of the post’s caption reads “see you this Thursday to discover the update of the Fortnite map!” and accompanies a picture of the Shifty Shafts, one of the update’s new points of interest.

Beneath the post, the team admit that “the release date of the update can be delayed if the quality assurance team discovers some horror in the tests. Usually it’s always worth waiting in these cases.”

Original story, January 16:Fortnite Battle Royale map is getting a big overhaul, adding plenty of new locations from another city to a junkyard alongside more defined biomes and other big tweaks. We don’t know every detail of what’s getting changed, but Epic have provided a look at thelayout of the new map, and one point of interest in particular is catching players’ eyes.

If you squint toward the northwest, you can make out a location labeled Haunted Hills. If you’re deep in the Fortnite community, that might sound familiar, because it’s the same name given to a community-made concept location submitted to the subreddit a month ago by user blorfie. Epic’s community coordinator responded “I like this! Really good name btw,” and blorfie said “Thanks! Feel free to share it with the level designers.”

So the Fortnite community rejoiced seeing the location integrated in-game, and have since been wondering if the team actually used the concept or if it’s just an incredible coincidence.

According to an Epic spokesperson we contacted, it’s a little more coincidence than tribute. The dev team “did see the name and liked it,” but it seems this may be more a case of great minds thinking alike than a conscious decision. We’re told the location itself doesn’t bear any particular resemblance to blorfie’s concept.

So we’re just left with a tiny addition to Fortnite’s community lore, but hey – it’s a fun one.