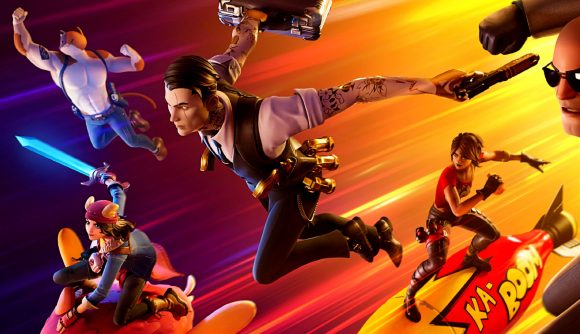 If you’ve been making jokes about Fortnite being a ‘dead dame’, back it up – Epic’s battle royale still hasn’t slowed down. The company has revealed that Fortnite has topped 350 million registered players – which marks another 100 million users added in just over a year. Fortnite’s massive success doesn’t appear to be dropping off to any substantial degree.

“Fortnite now has over 350 million registered players”, Epic says in a tweet. “In April, players spent over 3.2 billion hours in game.” The April numbers are likely boosted by the popularity of the Travis Scott’s Astronomical event, which brought the Fortnite concurrent player record to a staggering 12.3 million users.

Fortnite had around 250 million registered players as of March 2019, as Epic CEO Tim Sweeney told Engadget. Certainly, not all of those players have stuck around, and the barrier to creating an account in a free-to-play game is very low – but even with that in mind, there are few titles that can even compare with the success of Fortnite.

In other words – Fortnite is dead, long live Fortnite.

Fortnite now has over 350 million registered players! In April, players spent over 3.2 billion hours in game. 🙌🥳

Fortnite has even more competitors these days, with Call of Duty: Warzone and Apex Legends joining it and PlayerUnknown’s Battlegrounds at the top of the heap of battle royale games. The genre had all the markings of a fad when it came into the world, but after all this, it’s safe to say the style is here to stay.