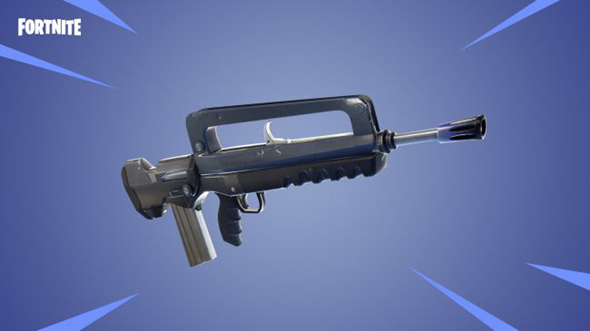 Check out our list of the best battle royale games on PC!

On the Battle Royale side, there are the new Epic and Legendary Burst Assault Rifles which we previously revealed. These use medium ammo and deal 32/33 damage. They can be obtained as floor loot or inside chests, drops, or vending machines. They have the same damage fall-off range as other assault rifles.

The developers have also added delicious apples as a new uncommon Foraged item, which can be found in trees around the map and give five health when consumed, up to a total of 100.

Save The World has a Quad Rocket Launcher available in the weekly event store, which can fire up to four incendiary rockets that “leaves balls of fire behind after they explode”, which sounds ridiculous. There’s also a new Perk Recombobulator, which is available after players beat Plankerton Storm Shield Defense 2, and allows for easy replacement and upgrading of perk loadouts for weapons and traps.

The 4.2 patch was delayed at the last minute due to a bug, so it’s good it didn’t get delayed again. Hopefully this Mr T cosmetic skin will be coming in the next update.