Fortnite is an action-builder, and if you’ve been wondering what one of those is since its announcement back in the late Bronze Age, we can finally find out together next month: it’s coming to paid early access via the Epic launcher on July 25.

Fortnite is a family-friendly game set in a fully-destructible world, ravaged by storms that spawn strange monsters. You’ll lead a team of heroes (played by your friends, ideally) in rebuilding that world, and as you do so, you’ll have to protect your towns from these threats. Expect to build forts, and defences such as weapons and traps, while juggling combat. Action-builder, see? There will also be loot.

“I am thrilled to announce that, on July 25, Fortnite will be coming to PC, to Mac, to PlayStation 4, and to Xbox One in paid early access,” said Epic’s worldwide creative director Donald Mustard, on a recent press trip. “Then it will be launching free-to-play some time in early 2018.” 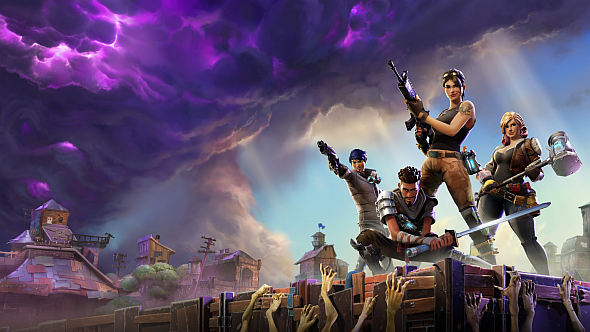 When Mr Mustard says ‘PC’ he doesn’t mean Steam; Fortnite’s early access will be on the Epic launcher. You can read the latest on the game’s interminable development at Epic’s blog here.