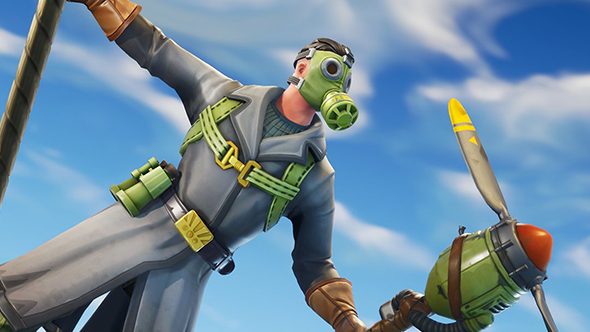 We heard a lot about Fortnite’s fourth season before release, partly thanks to Epic’s relentless teases and partly due to big leaks. The company isn’t very happy about the latter point, and has filed suit against a former employee who Epic alleges broke a non-disclosure agreement and leaked details on the Fortnite event ahead of time.

Specifically, the defendant is Thomas Hannah, who worked under contract as a QA for Epic from December 4, 2017 to April 4, 2018. Epic says Hannah signed an NDA promising that any confidential information obtained during his employment is the company’s sole property, and that any dissemination of that information “shall constitute the misappropriation of Epic’s trade secrets.”

Need some help deciding on the best battle royale game?

The suit, filed on May 7 and noted by Polygon, points to a now-deleted Reddit thread which Epic says was posted by a third party who obtained information from Hannah, including details about where the season four meteor would strike – not Tilted Tower, as many predicted, but the accurate location of Dusty Depot. Epic alleges that this information was provided by Hannah based on “information and belief.”

Earlier this week, the defendant responded to Epic’s claims, though he alleges that his conversations with the person who posted the leaks were casual conversations, with no intent to share those secrets with a wider audience. Hannah’s defense suggests that the third party chose to publish the information received from Hannah on their own, as well as their own inferences.

Epic’s been no stranger to litigation since the rise of Fortnite, with a series of lawsuits aimed at stopping cheaters in the game coming over the past year. Several cases have been settled, though a similar suit against a 14-year-old player is still pending.

So if you have any inside knowledge regarding the Fortnite season 5 release date, perhaps it’s best to keep that to yourself for now.