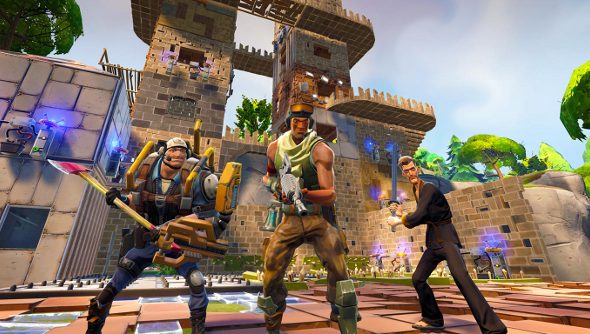 The little-known physical editions of Fortnite for Xbox One and PlayStation 4 are selling for up to $450 on eBay. This is despite the game’s battle royale mode – y’know, the thing that made it famous – being entirely free-to-play.

Two months before it added the battle royale mode which has conquered the gaming world, Fortnite originally launched last July as a PvE survival shooter consisting solely of its ‘Save the World’ mode. Where Fortnite: Battle Royale is free-to-play, vanilla Fortnite was a conventionally priced $60 game with a boxed edition on PlayStation 4 and Xbox One, and people are apparently willing to spend literally hundreds of dollars on eBay to get their hands on a physical copy.

Most lots are in the $100-200 range (as Ars Technica noticed), but some are far more – here’s one example of a PS4 Fortnite disc that’s listed at $449.99. Moreover, the listing claims three copies have sold at that price, so people are actually ponying up the cash. This is despite the fact that the battle royale mode which has made the game such a sensation is entirely free to play and to download.

Epic is no longer printing physical discs and are instead distributing the game solely as a digital download, with battle royale being free and Save the World being paid. Thus, a physical Fortnite disc doubtless has some value as a collector’s item.

Meanwhile Fortnite: Battle Royale rolls on, with season five confirmed to be “well underway”. Here’s our guess at the Fortnite season 5 release date and everything else we know about it so far.