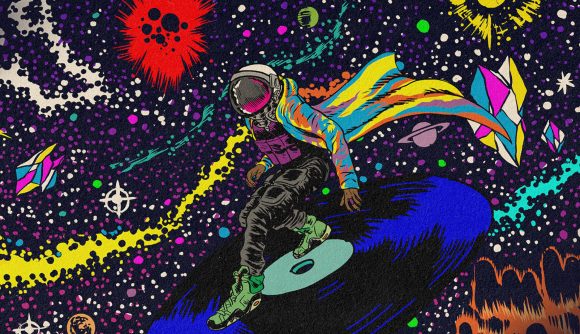 It’s (now, finally) official – there’s going to be a Travis Scott concert in Fortnite. After numerous leaks and teasers, Epic has finally made the event official, so you mark your calendars for the event, which kicks off this week. The first start time for Travis Scott’s Astronomical is coming up on April 23 – but there are going to be several events throughout Friday and Saturday.

If you want in at the earliest possible time, you’re going to need to be ready on Thursday, April 23 at 16:00 PDT / 19:00 EDT, or April 24 at 00:00 BST – though you can scroll down for a full list of start times for the five showings of the concert. In all cases, you’ll be able to log in to see the show 30 minutes before it actually begins.

Naturally, the event also brings a host of cosmetics. The Icon Series will now host Travis Scott-themed outfits and emotes as of April 21’s 12.41 update. That update will also add the Astronomical Challenge set, with some new free gear, and you’ll get two new loading screens and the Astroworld Cyclone Glider if you attend any of the concerts. You can see a preview of all the cosmetics at the official site.

All the Astronomical events take place at a single, global time – no region locks – which Epic says is “to make sure everyone has a chance to attend.”

Battle royale games don’t come any bigger than Fortnite, and it’s little surprise to see concert events returning. 2019’s Marshmello concert brought in a reported 10 million players – which made it the biggest concert in the world, uh, ever.