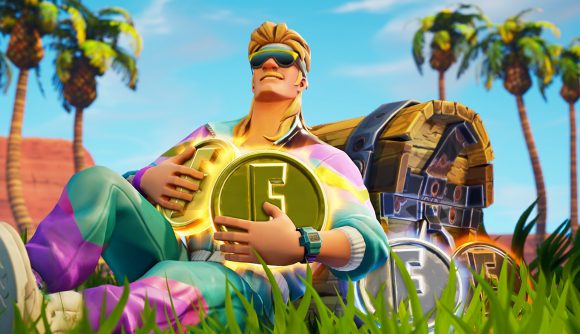 Fortnite’s spot at the top of the world’s biggest streaming platform seems to be getting less stable. The battle royale is still the most-watched game on Twitch, but it’s shed viewers since its peak in July, suggesting its popularity could be slipping.

A press release issued ahead of this weekend’s TwitchCon reveals that the game peaked over the summer, with a total of 151 million hours (about 17,000 years) watched in July. In August, that figure dropped by 20 million, followed by another 25 million-hour downturn in September. That still means that people watched around 12,000 years of Fortnite last month alone, but it can’t be denied that that’s quite the drop-off.

There are a few potential reasons for Fortnite’s stagnation. The most obvious is that I don’t think anything could maintain that level of popularity for that long, but there have also been plenty of contenders. World of Warcraft saw a massive spike in popularity, with an 87 million hour uptick following Battle for Azeroth, while Counter-Strike: Offensive has also seen an increase in viewership.

All those numbers add up to a huge amount of total viewership. As Twitch continues to grow, the company reports a total of more than 2.5 billion hours watched in Q3 2018 alone (for the record, that’s nearly 300,000 years of viewing in just three months).

There’s also evidence that Twitch’s smaller streamers are gaining traction. The top 100 streamers have seen their total hours drop by 8 million since January, while other streamers across the top 10,000 have all seen their average hours go up.

October and early November are likely to see two very different games at the top of the platform. League of Legends’ World Championships have seen the MOBA reclaim its spot at the top of the site for most of this month, while at time of writing, a little game called Red Dead Redemption 2 holds the top spot with 130,000 viewers.