By now you’ve probably explored the new main menu area in Fortnite, checked out the hologram of the map, completed some daily challenges, and taken the elevator down to the agent’s bunker where you can currently find the agents who you’ll need to complete challenges for to earn their skin.

These aren’t the only areas in the new lobby, there’s a secret air vent that takes you to Deadpool’s lair, a hideout of takeaway cups, dirty laundry, and an abundance of toilet paper. Each week you can visit Deadpool’s quarters and complete a new challenge. They are usually as simple as finding something buried beneath the empty soda cans. Here’s how to complete the Deadpool challenges and unlock the Deadpool skin in Fortnite.

You’ll find Deadpool’s letter on the floor of the abandoned toilet. All you need to do is open it and marvel at his doodle of a Deadpool themed battle bus and then the challenge is complete. 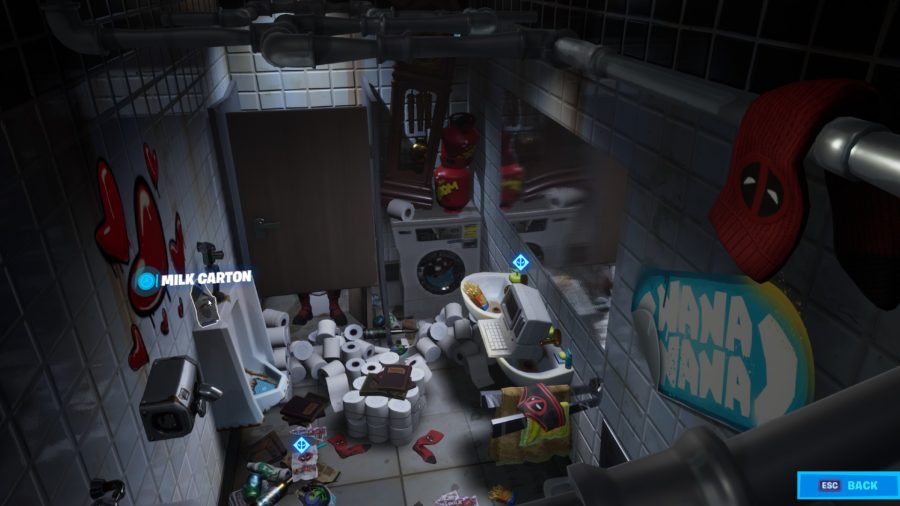 The next Deadpool skin challenge task you with finding Deadpool’s milk carton, which is sitting just on top of the urinal in his hideout. Gross. 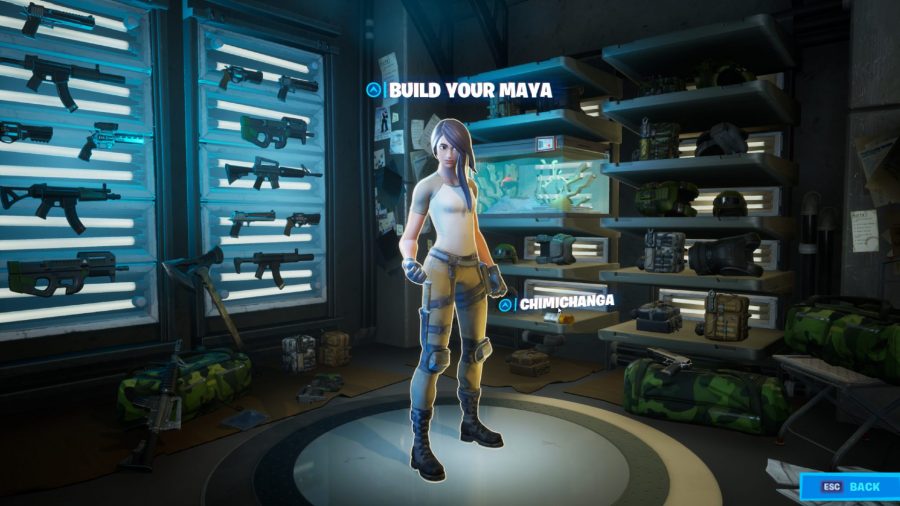 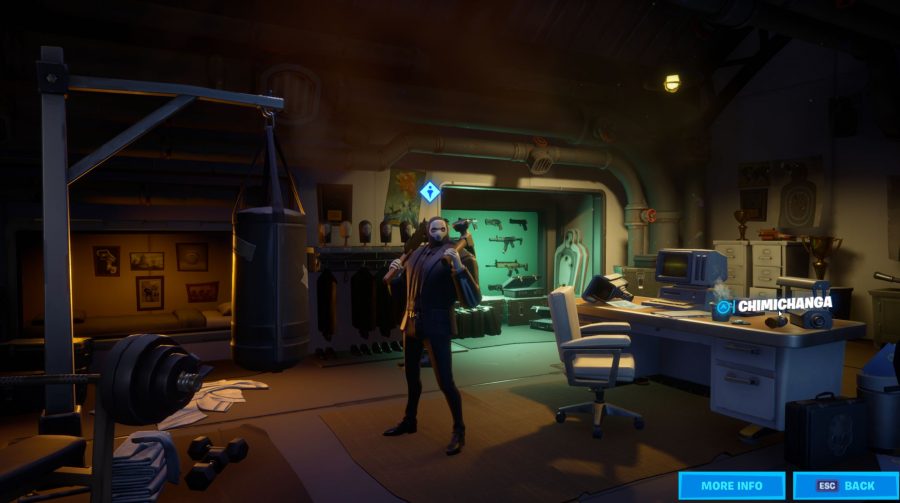 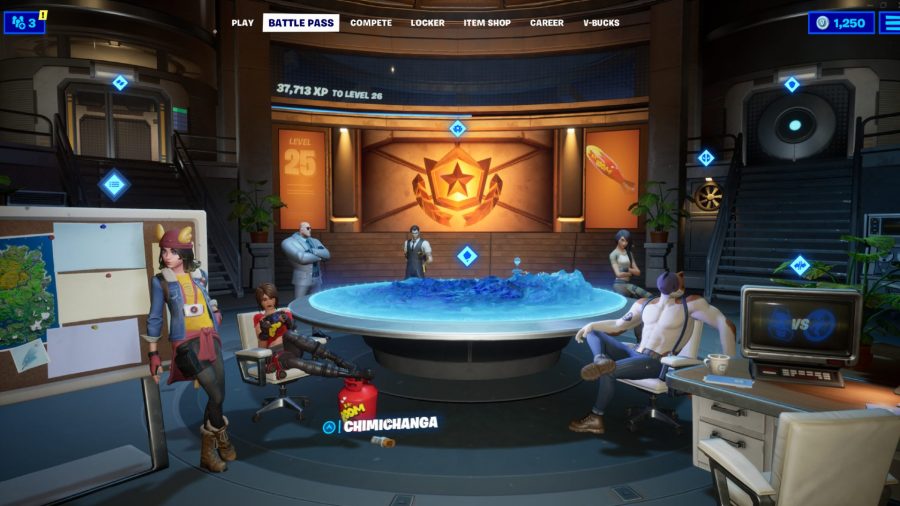 Track down three chimichangas across the game’s main menu screens to tick off this Deadpool skin challenge. 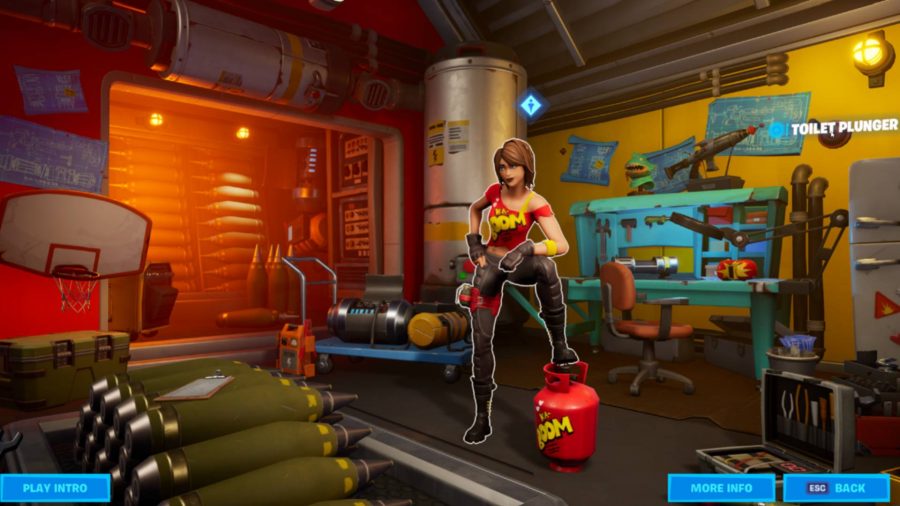 You can find Deadpool’s toilet plunger stuck to the wall of TNTina’s workshop, in the Agent quarters in the main menu. You’ll also need to destroy three toilets, which can be any three found around the Fortnite map. 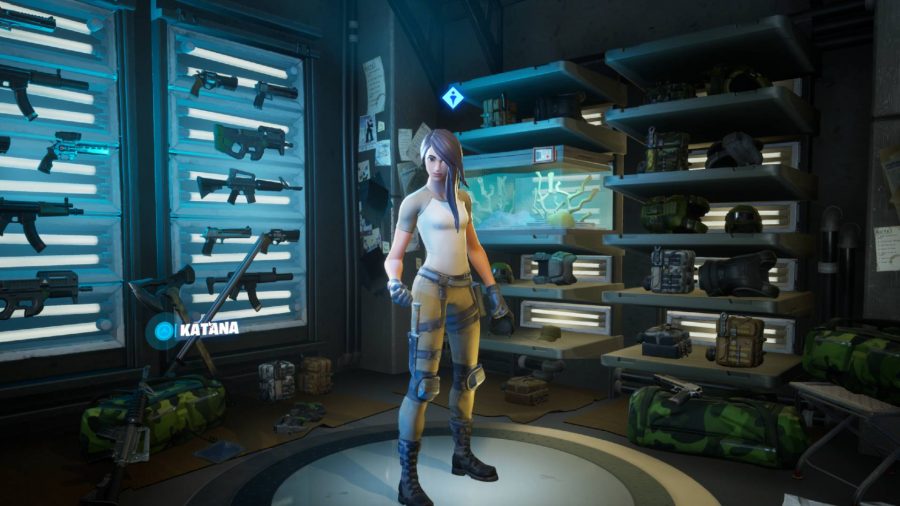 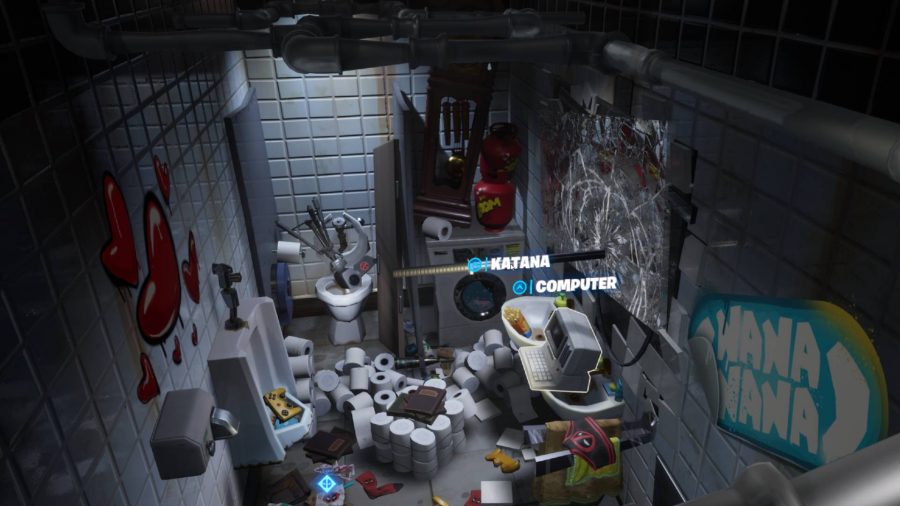 Similar to other Deadpool challenges, we’ll need to find two katanas for the Week 4 challenge. One of Deadpool’s Katanas can be found in the upgrade vault in the main menu – just to the left of Maya, propped haphazardly against the wall. The second katana can be found in Deadpool’s hideout, sticking out the wall. 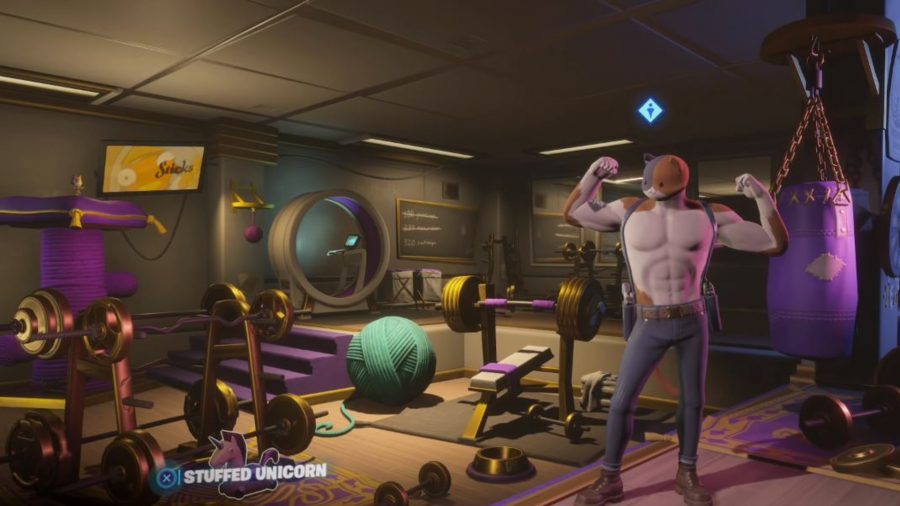 Week 5’s Deadpool challenges mean you’ll need to find Deadpool’s stuffed unicorn. The plushie can be found in Meowscles gym in the agent’s quarters of the main menu. 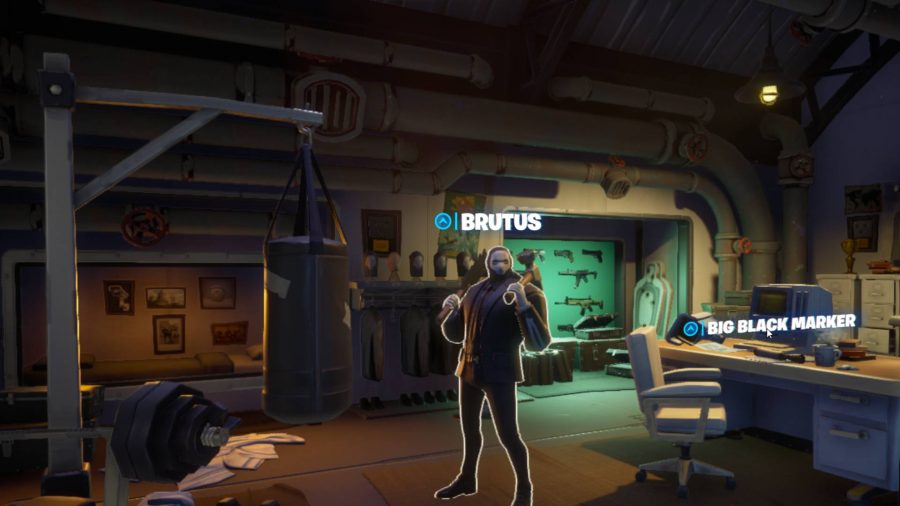 Deadpool’s big black marker can be found in Brutus’ agent quarters, on his desk next to the computer. For the second part of the challenge, you’ll need to deface Shadow or Ghost posters in the Fortnite map. 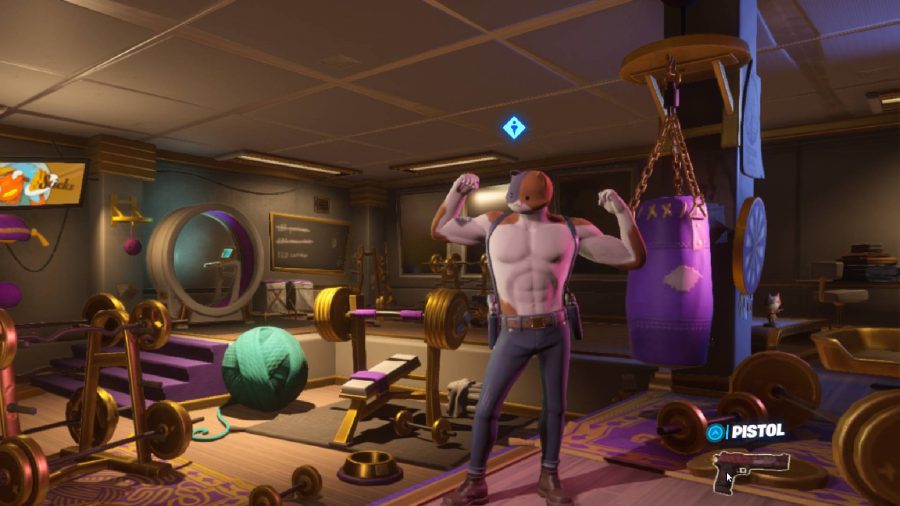 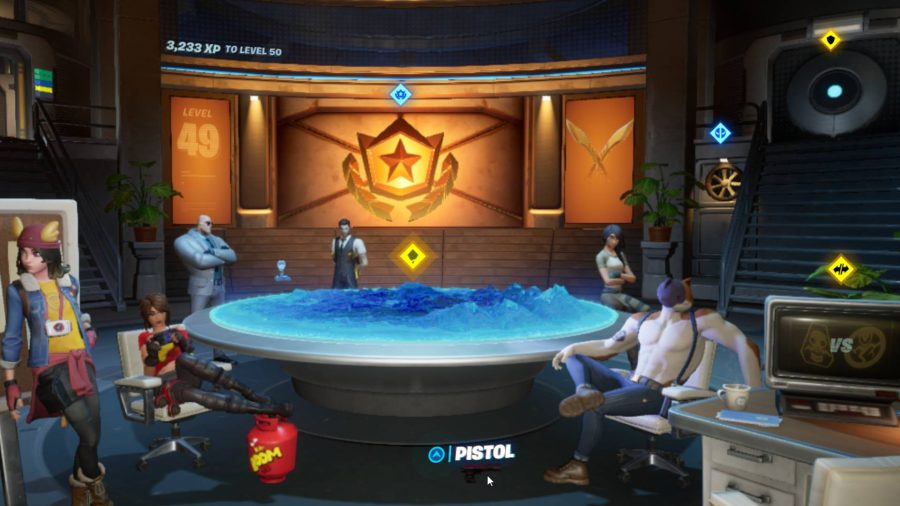 Good news! This is the final Deadpool challenge and you can find the pistols in the main menu screen. One pistol is hiding out underneath the challenge table and the other pistol can be found in Meowscles gym to his right, next to the set of weights.

All that’s left to do is enter a phonebooth of portapotty in the Fortnite map and you’ll finally have the Deadpool skin of your dreams, so worth it. 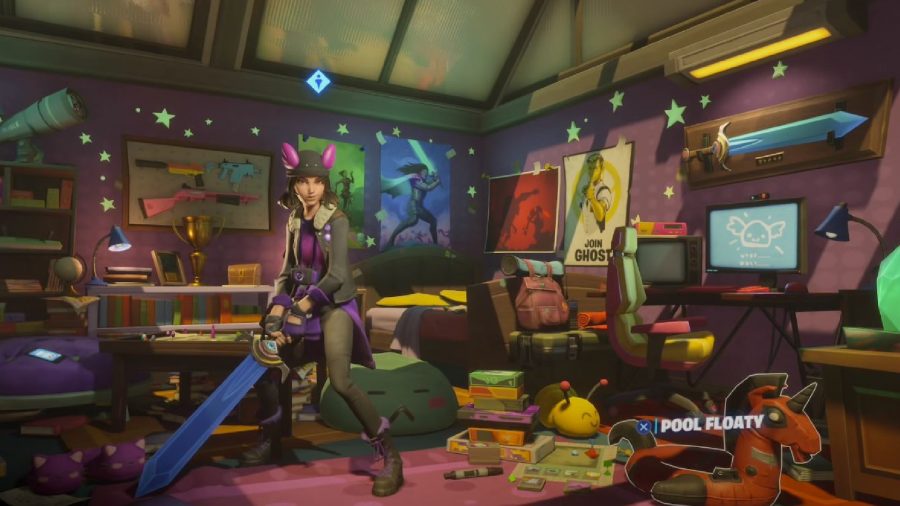 If you thought the Deadpool challenges were over, you were wrong! You can now get extra cosmetics for our red-suited friend. This week, you’ll need to find Deadpool’s floaty in HQ agent Skye’s room, it can be found on the floor. The next part tasks you with having a little boogie at a yacht party – you can find this super-yacht in the northeast of the Fortnite map. Once both challenges have been completed, you’ll get Mask Off version of the Deadpool outfit. 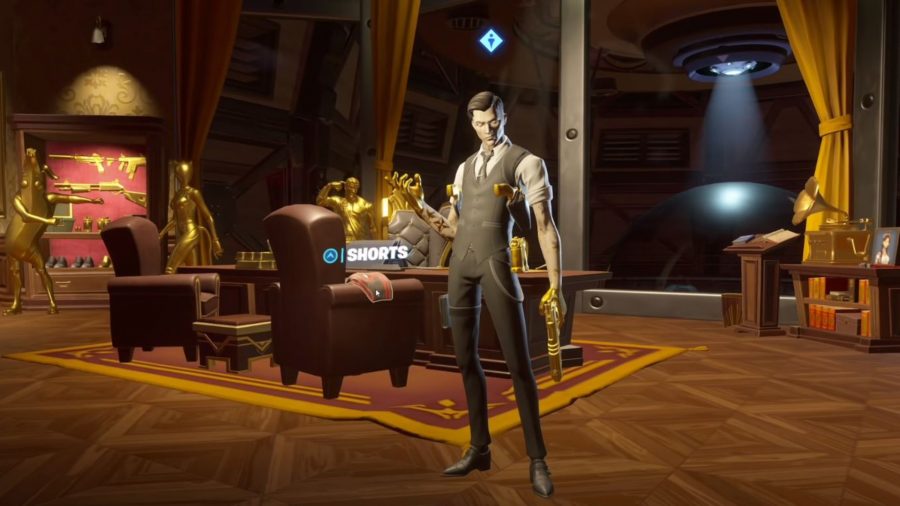 For the first part of this challenge, head to Midas’ villainous study and swipe Deadpool’s shorts laying across the leather chair by the desk. For the next part, parachute down into the Fortnite map, specifically on top of a building in Sweaty Sands – where you’ll see Deadpool’s pants wafting in the breeze. Salute the pants that will flying at the top of a flag pole and once both parts of this week’s challenges are complete, the X-force version of the Deadpool outfit will be available.