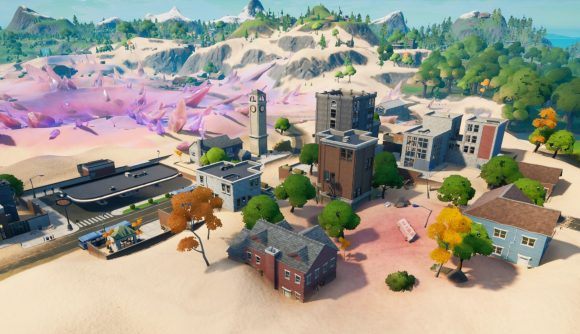 Sometimes you wanna drop somewhere hot in Fortnite, get into the action quickly, and maybe die immediately. Other times, you wanna play it safe, and actually survive for a while. Thanks to a heatmap of the most common death locations in the game, you can now get a pretty good idea of where you’re most likely to get taken down.

The map was generated by prolific Fortnite leaker Lucas7yoshi (via Fortnite Intel). Lucas7yoshi took data on around 50,000 deaths across hundreds of replays to build a map of the hottest locations in the game. In short: more death near the center of the map, less death around the edges.

The hottest drop looks to be Salty Towers, followed closely by Lazy Lake and Pleasant Park. There’s a lot of death around the middle of the map, which is all desert this season, but beyond that there’s a flare-up around pretty much every POI, as you’d expect. But Coral Castle, Steamy Stacks, and Dirty Docks show basically nothing.

Take a look at the map below.

Here’s an idea of what those deaths look like in an extreme close-up, in both a hotly-contested and more mellow location.

Check out our Fortnite tips and tricks if you need some help pulling in that Victory Royale.