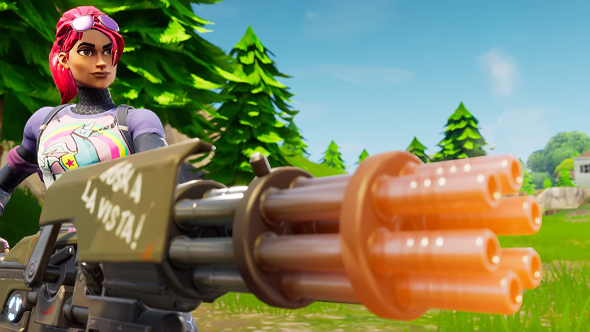 A lot of interesting things happened in 2017. There was Envelopegate at the Oscars, 11 million people liked an instagram post of a pregnant woman, Kendall Jenner drank some protest Pepsi, and Taylor Swift courted controversy by announcing her own death, despite being alive. Barmy year, really.

In the world of gaming 2017 saw a meteoric uptake in battle royale games like Fortnite Battle Royale and PlayerUnknown’s Battlegrounds. Judging by the $700 million that PUBG made in 2017 and Fortnite Battle Royale’s 45 million player tally, people really enjoy scrabbling about for gear and hunting each other until only one player is left standing.

Looking to up your game? Here are some Fortnite Battle Royale tips to help you towards that Victory Royale.

Create your own user feedback survey

All filled in? Cheers! You’ve been a great help. If you’ve got anything else you’d like to say on the subject of battle royale games (or any subject) then drop a line in the comments below.